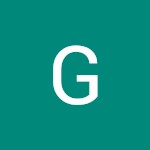 Acceptance of vakalatnama in family court

First of all thank you experts for all your inputs in this forum.

My Situatin is that my wife left me about 4 years back to her mom's house in the same city. She neither wants to live with me nor leave me. After several months calling her back I filed for RCR. She didn't appear but appointed advocate and he filed vakalatnama. After sevaral hearings they filed counter but she didn't appear in the court. At last Judge ordered exparte.

After waiting for couple of months again I filed for divorce. She recieved 3 summons but didn't appear in the court. For the 4 th hearing she didn't appear but appointed advocate who filed vakalatnama. But my advocate also couter argued that they are misusing the vakalatnama and what ever they say as excuse for non appearance is not true. Judge took a serious note of this and ordered that the respondent to appear in the next hearing if not he ll pass exparte order. He didn't accept the vakalatnama nor he rejected.

My question is that in the next hearing if she didn't appear in the court, will court accept the vakalatnama if they say some excuse? My argument is that they are misusing the vakalatnama to drag the case.

Please give some inputs on this

Thank You in advance

We reproduce your quote - "My argument is that they are misusing the vakalatnama to drag the case."


1. A parties vakalatnama cannot be rejected and or kept in abeyance moreover under Family Courts Act read with recent Central Amendment to Advocates Act S. 30.
2. After ex-party RCR if under 1 year of its limitation a divorce suit was filed and now that her side files vakalatnam then lot of things  may happen;
2.1 Time given to her side to file w/s as per CPC limitation.
2.2. Cost may also be imposed.
2.3  Send parties to reconciliation as per FCA, Rules. On first opportunity
2.4 Warrant may be issued by Family Court for her appearance as per special powers as per Family Court Rules and peculiar design of FCA, 1984
2.5 After sufficient opportunity given to her, court may strike off her defense and case may proceed ex party.


Never be in a hurry to get ex-party Decree / final Judgment in matrimonial Laws as it is found out to be a peculiar law and revolves around ‘continuation of rights over duties of particular spouse’ and cases can always be re-opened due to correct procedure not being followed or showing sufficient cause with delay condonation application and they have been instances of being allowed if sufficient cause shown by wives.

Thank you very much for your kind reply. My situation is as follows. She is now outside india. In the last hearing her advocate appeared in the court and told that she did not get leave so she was unable to come and asked the court to accept the vakalatnama.

Thank you for your time and your expertise.


Here what is now happening as per unique Family Court procedure practgice direction process is para 2.3 happening since your side "insisted" for gracious physical presence of your lady !


So wait till your side actually now gets to know essence of Family Law in ;