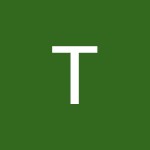 Could someone please explain the anti-defection laws in India, along with case laws?

In India the anti-defection laws are explained in the 10th schedule of the Constitution of the country.

The 10th Schedule of the Indian Constitution (which talks about the anti-defection law) is designed to prevent political defections prompted by the lure of office or material benefits or other like considerations.

The Anti-defection law was passed by Parliament in 1985 and reinforced in 2002.
The purposes for which the law was enacted was to address the experienced problems of instability that may occur by the democratically elected legislators of the parliamentary system of government changing allegiance from parties that they've been supporting at the time of election, or by disobeying decisions of their parties at times of crisis (like voting on an important resolution).

Defection tends to occur in almost every democracy. It is often argued that it undermines the stability of the government, which is dependent on the support of majority party's own elected legislators and/or a coalition of those elected to represent other parties.

Kindly go through the articles below for a wider perspective on the same:

These article will help you:-

Anti-Defection Laws provide for the grounds under which a Member of Legislative Assembly or a Member of Parliament can lose his privileges as an Elected Representative of a party and can be disqualified from the party. These Grounds have been provided under the Tenth Schedule of the Constitution.

The law of Anti Defection states that if a Member of Parliament or Member of Legislative Assembly:

The member will be disqualified from the party and he will not hold the position of a nominated or an elected individual under the party. Thus, he will lose his position as an MP or an MLA.

This was against the fundamental structure doctrine which was developed by the Supreme Court in the “Kesavananda Bharati case”, in which the fundamental features of the constitution were established. The parliament cannot make any alterations within the basic structure doctrine and thus they need to be kept unimpaired. Out of those features, the feature of judicial review was being altered under the 10th schedule and much-needed clarity was needed upon it. A liberal construction had to be adopted by the courts in a way so that, it'd give review jurisdiction to the Supreme Court and High Courts in cases of disputes about the review of the decision of speaker. the power of review was imperative to lift the embargo imposed by the Tenth schedule which removed the review jurisdiction of the Courts. the power of review is expedient and without it, the preciseness of the disqualification made by the choice of the speaker would haven't been called into question on the account of inability to do so by the courts.

For further information, you can refer to-

Anti-defection law also known as Disqualification of members of the Parliament is covered under the Tenth Schedule of the Indian Constitution. The anti-defection law was endorsed in 1985. The word defection commonly means the abandonment of one's country or cause in favour of an opposing one. It is a situation when a member belonging to a particular political party abandons his loyalty toward his own party and provides support to other parties. Defection is understood as either voluntarily giving up the membership of his party or abstaining or voting against the directives (political whip) of the party leadership on a vote in legislature.

Originally there was no law relating to anti-defection in India as the multi-party system was not evolved in India to such a great extent. In 1967 Gaya Ram, a Member of Legislative Assembly from Haryana, changed his party thrice in a single day. Anti-defection law was enacted to bring stability in the government and to prevent such political defections.

The anti-defection law was introduced in the Constitution of India by the virtue of the 52nd Constitutional Amendment Act, 1985. Articles 101, 102, 190 and 191 were amended and added in the fifty second amendment in the Xth Schedule of the Indian constitution. Anti-Defection Law has to be added to the Constitution as the evil of political defections was seen a matter of national concern. On the off chance that it wasn’t battled, it was probably going to disrupt the very establishments of our democracy rules system and the standards which continue it. This Bill is intended for prohibiting defection. Measures are taken to eradicate defection so that the democracy in the country and the principles that help sustain it will not be in danger.

In the 91st Constitutional Amendment Act, 2003, amendment in defection was made to strengthen the law. For the same, the law was amended to add that a party can merge with or into another party only if at least two-thirds of its legislators are in favour of the merger. In the 91st Amendment, the fraction was changed from 1/3rd to 2/3rd so that legislators may change their party without the risk of disqualification. This was done to ensure that neither the members who decide to merge, nor would the ones who stay with the original party face disqualification as per the Tenth Schedule of the Constitution.

In Kihoto Hollohan v. Zachillu and Others, a 28-year-old judgment of the Supreme Court, it has been said that judicial review isn’t available at a stage before the making of a decision by the Speaker/Chairman. Hence judicial review cannot be done before the speaker has made its decision.

In Sharad Jhadhav and Anwar Ali case, where they both were members of JDU which was headed by Bihar C.M, Nitish Kumar and he was openly criticising JDU and alliancing with BJP. He was violating the whip of the party and hence, they both were disqualified under the anti-defection law as their conduct outside the parliament has given voluntarily resignation. The Chairperson accepted the disqualification.