When interim maintenance got rejected

Normally on what situation interim maintenance application got rejected (or) keep a side?

can you tell something about the matter its difficult to say on what grounds / situations interim mainatainance can be rejected.


Likes: 1
Points: 29
If spouse is financially more capable than other spouse then he/she can not make himself or herself incapacitate and dole, as per judgments of various High Court, in this situation Court can deny to grant maintainance. Geetanjali Sharma (Advocate)
Reply
On 25 December 2012

competitions in each sector,

Past dta as to salary income etc is a past data .... and nothing more can be drawn from the same.

Only ongoing employment salary data ought to considered.

Past data as to earning of a spouse husband or a wife ought to treated as past data except if they are in goverment job, rest of the sectors there is no job guarantee and job protection on the same lines as govt sector or anywhere near to the same.

Order for maintenance of wives, children and parents.

(a) his wife, unable to maintain herself, or

(b) his legitimate or illegitimate minor child, whether married or not, unable to maintain itself, or

(c) his legitimate or illegitimate child (not being a married daughter) who has attained majority, where such child is, by reason of any physical or mental abnormality or injury unable to maintain itself, or

(d) his father or mother, unable to maintain himself or herself,

A Magistrate of' the first class may, upon proof of such neglect or refusal, order such person to make a monthly allowance for the maintenance of his wife or such child, father or mother, at such monthly rate1[***] as such magistrate thinks fit, and to pay the same to such person as the Magistrate may from time to time direct::

Provided also that an application for the monthly allowance for the interim maintenance and expenses for proceeding under the second proviso shall, as far as possible, be disposed of within sixty days from the date of the service of notice of the application to such person]

Explanation. For the purposes of this Chapter.

(a) minor means a person who, under the provisions of the Indian Majority Act, 1975 (9 of 1875) is deemed not to have attained his majority;

(b) "Wife" includes a woman who has been divorced by, or has obtained a divorce from, her husband and has not remarried.

(3) If any Person so ordered fails without sufficient cause to comply with the order, any such Magistrate may, for every breach of the order, issue a warrant for levying the amount due in the manner provided for levying fines, and may sentence such person, for the whole, or any part of each month's4[ allowance for the maintenance or the interim maintenance and expenses of proceeding, as the case be,] remaining unpaid after the execution of the warrant, to imprisonment for a term which may extend to one month or until payment if sooner made:

Provided that no warrant shall be issued for the recovery of any amount due under this section unless application be made to the court to levy such amount within a period of one year from the dare on which it became due:

Provided further that if such person offers to maintain his wife on condition of her living with him, and she refuses to live with him, such Magistrate may consider any grounds of refusal stated by her, and may make an order under this section notwithstanding such offer, if he is satisfied that there is just ground for so doing.

Explanation. If a husband has contracted marriage with another woman or keeps a mistress, it shall be considered to be just ground for his wife's refusal to live with him.

(4) No wife shall be entitled to receive an 4allowance from her husband under this section she is living in adultery, or if, without any sufficient reason, if she refuses to live with her husband, or if they are living separately by mutual consent.

(5) On proof that any wife in whose favour an order has been made under this section is living in adultery, or that without sufficient reason she refuses to live with her husband, or that they are living separately by mutual consent, the Magistrate shall cancel the order.

if you have proof related to bold words, the interim maintenance petition may be rejected otherwise not.

Details of my maintenance case as follows

Based on above scenario judge rejected her interim maintenance petition.

Final maintenance case is going on.

file application U/s 340 of CrPC read with Section 195 of CrPC for lying in court.

Also file application U/s 91 of CrPC seeking documents in supor tof your case to prove her statements as false. WISH YOU GOOD LUCK.

how can i proove that my wife is a Bank Area Manager. She was working in NGO bank (Micro Credit Org). there they wont provide salary slip. in that case how will i get her designation title and her salary details. Please help me out.

If she is working in Bank then file application U/s 91 of CrPC in CrPC-125 maintenance case to summon the Bank Manager to produce documents on court.

Or file application U/s 91 of CrPC in CrPC-125 maintenance case to to summon the TAX Department to produce TAX assesment made by lady.

In any civil case also you can file this kinf of application but section is different.

If you are from the Husband side and your wife is capable of earning and having good qualifications and if you are unemployed then how will you defend the interim maintenance case  filed by wife.

Here are the few judgments which you must use to fight interim maintenance cases  these judgments are handy. 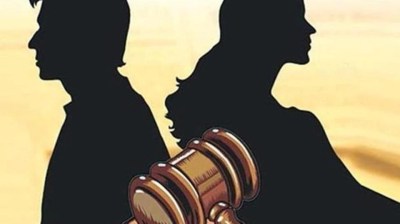 Smt. Mamta Jaiswal vs Rajesh Jaiswal 2000 (4) MPHT 457 spouse who is well qualified to get the service immediately with less efforts are not expected to remain idle to squeeze out, to milk out the other spouse by relieving him of his or her own purse by a cut pendente life alimony. The law does not expect the increasing number of such idle persons who by remaining in the arena of legal battles, try to squeeze out the adversary by implementing the provisions of law suitable to their purpose.

In Sanjay Bhardwaj & Ors. vs The State & Anr.  wherein while considering the provisions relating to maintenance under The Protection of Women from Domestic Violence Act, 2005 (D.V. Act) and other prevalent laws like Hindu Adoption and Maintenance Act, 1956; Hindu Marriage Act, 1956 and Section 125 of Criminal Procedure Code (Cr.P.C.), it was held that, “a husband is supposed to maintain his un- earning spouse out of the income which he earns. No law provides that a husband must maintain a wife, living separately from him, irrespective of the fact whether he earns or not. Court cannot tell ask husband that he should beg, borrow or steal but give maintenance to the wife, more so when the husband and wife are almost equally qualified and almost equally capable of earning and both claimed to be gainfully employed before marriage”.

In Sakarben Shambhubhai Rabari & vs Shambhubhai MasharubhaiRabari  while   fixing   the   quantum   of  maintenance,  the  Court  has to take  into  account  not   only   the   needs   of   person   who   claims  maintenance   but   also   the   capacity,   status,  commitments and the obligations of person who has  to pay it. If the husband has to maintain other persons   like   his parents, etc.   reasonable allowance for their maintenance shall have to be made. It would be unjust to grant maintenance in an arbitrary   manner.   The   party   who   has   to   pay maintenance is also not to be virtually rendered a destitute. A fair balancing of all the relevant factors   is   to   be   done   by   the   Courts without making an emotional approach to the problem. The court shall have to keep in mind that what is to be provided is the

maintenance and it cannot have saving element in it nor is it the purpose of the legislature   to   put   the   claimant   in   a   luxurious position. The definition of maintenance given by the Act   makes   this   position   amply   clear.