What type girl give divorce early?

1)Working girl who is self dependent.

As per me 1) will give divorce early and 3) one will just drag the case.

Please reply with your views.

It cannot be catagorised as per your post.  it will depend upon the conduct and character of the husband with lady(wife).  All women will not give out easily their marital life for whims and fancies. There aby one or two exceptions.  General things is as stated

judging everything with money?

love of wife to husband:      she wants to keep the husband..because good woman has love once only in life.

husband's behaviour: if he has mistress and challenges wife that he would teach a lesson to wife by divorcing and remarrying his b*tch then he doesnot get divorce soon.

cause of divorce if wife is not good, greedy then not ready to make him free so raising PRICE of his freedom and peace.

term of marriage matters: if marriage is old , it does not matter sometime for the womn whether she gets divorce or not then she is not interested in divorce.

WIFE EASILY GIVE DIVORCE WHEN HUSBAND CHEATS HER GIVING WRONG AGE AND HE IS A TOY PISTOL THEN WIFE DIVORCE AT ONCE!

Marriage, if we see is an Institution within itself. No person being part of the same, be it girl or boy would prefer to give divorce unless there is some problem and where the relations are so strained that they are beyond repairs.

Neither of the three would be willing to give divorce, unless as I stated above is the cause. If the circumstances are worse and if the girls at point no. 1 and 2 you quoted have made up their mind would rather move fast for divorce as they are secured financially.

A housewife will drag the case as she will never like to have divorce and she will always look to her security front.

mostly indian girls will not give divorce easily unless they have a affair outside their marriage.

1. Working girl who is self dependent.

Typology:- Once an indoctrinated young woman grows up, gets married, she then joins the "sophisticated" adult world of 'high movers and shakers'. Female television shows such as "Udaan" promoted this obsession with the "right" clothes and "glamorous" make-up and then she gets trapped into it forever.

Notes:- She is the one who will easily give divorce provided some secure "pocket money" is given to her penthouse advisory circle that she keeps in her tails.

2. Well educated girl who was doing job before marriage.

Typology:- The simple, young, attractive women get a high off of male attention when she hit the marriage market "shift + control" button at right side of her age i.e. when she was younger, her egos got a boost when a eligible man looked her way, even if all she was seeing was his chivalry and not actually his souls. So then after "arranged" marriage she want to recreate "that high" choosing to be 'housewife'. She is the one who want that fake "power" that she still believe she have where she still could "wrap a man around her finger. "

Notes:-  She is the one who will easily give divorce provided some secure "corporate push over" is offered to her via her best MALE friend (obviously it has to be secret deal done with).

Typology:- She is the one who wants a man who is all about "how I look anyway"? All that means to her is that "he is into me based" on her 'behenji kinda ego'. Her relationship is built on quicksand. It will end if the very foundations are cracked. The only way to do is to set up a 'chota ghar (bring in OTHER WOMAN)' and be cozy with THAT OTHER ONE now in both of YOUR lives. She can never take HER easily for rest of her life.

Notes:-  She is the one who will easily give divorce provided her "rest of the after life is secured". Offer her quickly share in your assets without a doubt and off the record double the stridhan she never brought over via her trusted circle of advisors to wind up THE CASE(s).

PS.:-
A. This forum has all three above attributes – attitude – jalebi bais vis-à-vis all you the shaken and now stirred Gabaru’s. Read carefully messages and study daily emerging new and newer time pass avatars. See, you have hit the 2012 Noble Prize for best in Bheza Fry.

B. People who talk here about Marriages in
are sacraments and say 1-2 exceptions are LYING to their inner soul and probably are the only minority! All three respected status of THE IES give to a professional 1 = 6 cases and yet someone says 1 – 2 incidences. Amazing rainbow glasses!


C. You say you don’t believe me! See the responses now and make out who said THE TRUTH and nothing else but THE TRUTH.

D. YOU got mentioned in texts are generic. 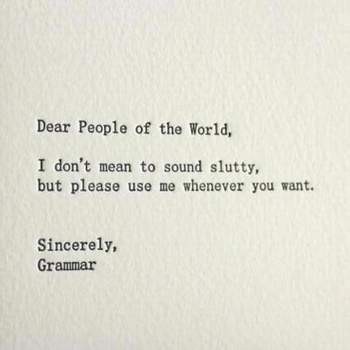 To Be Used while replying to me!

Every wife will give divorce early provided some condition :-)