The RELATIONSHIP life cycle - so so true !

Unfortunate but it is so so true ! 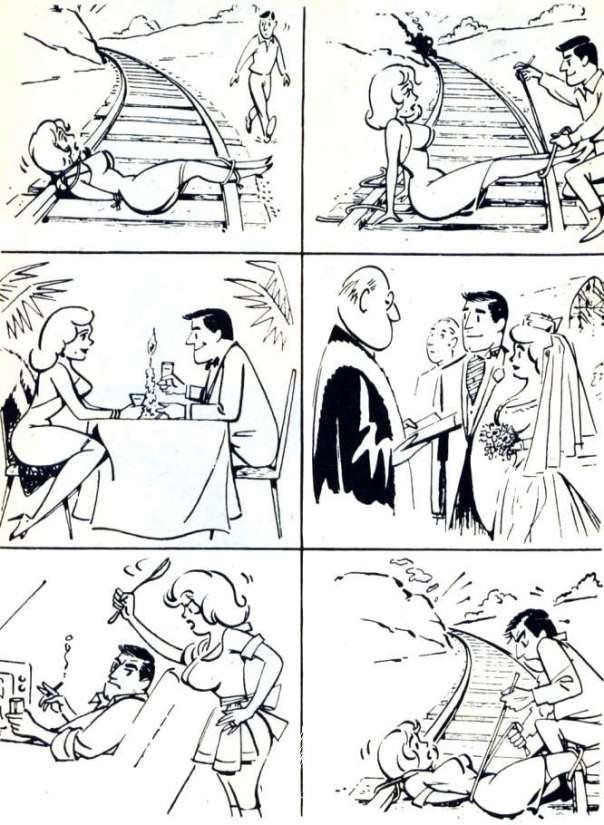 What a beautiful picture ! From where you find this picture ? This picture shows the theme of life whether it applies or not.Suppose 3th picture apply in ones life  and 4th picture(marriage) not apply and if 4th picture apply then 5th and 6th apply or not it(Suppose 4th picture marriage and 6th picture killing  girl by  parents like honourkilling .Think defferently) depend on your destiny.that why it is called shadi ka laddu.

Life is all about unpredictability and every has to face it.So In life be fearlessness.

Love is like an earthquake-unpredictable, a little scary, but when the hard part is over you realize how lucky you truly are.

Now if we change the angle( like you said think differently) replace the tied up woman with a man--say man was left in this condition after a street brawl--not unlikely. Picture no. 2 a woman passer by and rescuer, picture no. 3, initial sense of gratitude, frequent meetings, and courtship. Picture no. 4 getting married. Picture no. 5, in place of woman a man--with a raised hand, in rage, or heavily drunk. Picture no. 6..well, generally a woman would not tie him up..in majority of cases it will not be possible anyways...in both rural and urban scenarios. so what is the alternative? Either the picture series would be frozen at pic. no. 5.