While deciding whether a prima facie case is made out - I had an understanding that by reading the complaint if we assume all facts mentioned are true, is a case made out of it?

However I read a judgement <https://judgmenthck.kar.nic.in/judgments/bitstream/123456789/96844/1/CRLRP827-06-10-03-2008.pdf> where HC quashed a case and one of the factors was 'no prima facie case was made out and the magistrate failed to or ignored that no specific  allegations were made in the complaint'

So my question to confirm  - are specific allegations a MUST to make out a prima facie case? I would think yes because that gives it authenticity or credibility, lack of such specific  allegations means you can cook up a story as time goes by.

Your thought process is well aligned with the due process of law. See example:

One day when I was going somewhere, one boy came and tried to molest me.

On XXXX date at about XX hrs, I was going to buy vegitables, one boy named XXXX who lives near my home at address XXXX came and tried to molest me.

Hope it clarifies the proposition.

so  a statement like "my husband and inlaws started torturing me and taunting me for dowry after 2 months of marriage" is still vague in my opinion. plus ofcourse an extended list of articles - but no mention of what was given to whom.

I feel strongly that such FIR/chargesheets can and should be quashed - but havent seen lot of  advocates going for it, maybe because even HCs dont quash vague complaints most of the time.

Qn: FIR is vague but what if in chargesheet they include specific allegations? wouldnt that also mean that IO and wife/inlaws worked together to create harassment stories/allegations?

Basically what supercedes, FIR or Chargesheet? and if a strong chargesheet is made from a weak/vague FIR what does it hint?

2) A Discharge petition at trial court - can we submit supporting evidences to disprove allegations?

Grounds for Quash and discharge are almost the same. So it is expedient that you refrain from both at this stage.

Unless you don't have compelling circumstances and additional luck that your case goes to High Court with a judge with courage and intelligence, there a re bleek chances in a criminal case for quash. Merely if there are certain exaggeration or false facts, it does not invoke power of High Court for quashing. Also if there are vague allegations as stated by you, then also in these case, generally, courts do no entertain Quash petition. Exemplary powers of High Court can be invoked where your fundamental rights are being infringed OR if your case has fallen into grave misuse or error of law.

The whole complaint and Chargesheet has to be examined. Remain low and wait for the chargesheet, if the chargesheet is equally vague, your chances would improve for getting quash/ discharge.

Depends on the wordload in the court.

Also, if accused want to file for discharge/ argue on charge etc.

so we can request for time i guess and decide whether to attempt a quash/discharge or not.

One of my client who was wrapped with DVC and false 498a, DP 3&4.  DVC was dismissed on grounds that she is not interested to join and she submitted written consent.  No maintenance was awarded to her.  Chargesheet was filed in 498A deleting DP 3&4 acts without any specific allegations.  But, the judge is not allowing to file discharge.  The Hon'ble Judge is against discharge.  The wife of my client is not giving evidence.  Till now, 20 adjournments have gone.  She absents filing petitions.  Now she filed transfer petition to transfer her case to another JFCM.  Pl. suggest.

I had filed a case with Sec 12 (1) (1-C) in May 2011 at Indore, my wife attended the case, got it transferred to Gwalior (being non influential place for both), filled WS, started receiving interim maintenance, in Nov 2012 she dad filled private complaint under PWDV, 125 CRPC, 498a, 406 at Tikamgarh (her parental home) on a one single day. Do I have enough grounds for quashment? 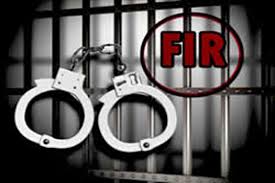