306 and 498 cases quash and request for guidance 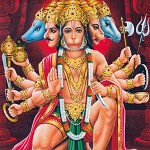 Dear Experts,
Greetings! Thank you for stopping by and having a look. Kindly request to show some light on my 498 & 306 cases.

At a Glance Tarun's case:-

My name is Tarun and I am from  a small village near Vizag(AP) and I am an NRI (UK citizen).
In 2012 I got married to Prithi in Tirupathi.
After marriage, we both stayed just 3 days at my hometown.
Later, stayed 4 days at her(prithi’s) hometown.
As part of my India plan, I decided to stay in Hyderabad for 2 months Upgrade my software skills.
So we both lived around 40-45 days in Hyderabad.

Fight & Separated:-
On 30 Jan, 2012, at 22:00 hours, There was an argument which made her fiery and she tried to throw my laptop. While resisting her she stepped on software CD's which were placed on floor and accidentally head hit to the wall and injure.
Took her to hospital and she got 8 stitches on her head.
After treatment to my surprise, she called her Office manager and her the manager arrived at 1 am midnight and took her to his flat.
Later she obtained an MLC(Medico-Legal Report) report from the hospital.
we never reunion again. So overall we stayed together for 45-50 days. Less than 2 months.
Later I tried to convince her for a reunion but no luck. In feb 2012 I Went to UK to resume at work.

#First Case(498 in 2012):-
In May 2012 they(Prithis brother Kiran and her manager) on a preplanned scriptt requested me to come to India saying that her sister(Prithi) has completely changed and requested me to take her to the UK.
Blindly believing that I came to India and they arrested me at hotel in Hyderad.
A 498(a) case was filed on my parents and on me.I was sent to remand and later released on bail.

#Second Case(Divorce case in 2013):-
In Jan 2013, Prithi filed divorce case at the family court in Hyd. Mediation failed.
On 06-Nov-2014 Tarun's advocate submitted counter to the honourable court in connection to Divorce case. Prithi took a copy from the court and went home and committed suicide by hanging to fan at her flat, Hyd. A suicide note found and she clearly mentioned my name for her death. As my wife died this divorce case has been closed now.

#Third Case (Suicide Case in 2014):-
Her brother kiran filed a suicide abetment case on my parents and on me.
Case filed under sections of 306(b) & 498.
I (tarun) was in UK at the time she committed suicide.
We do not have any sort of communication in any manner after she first filed 498 case in May 2012.
so from May 2012 till the day she died i.e 6th Nov 2014 absolutely no communication between us.
I was on bail now. It has been almost 5 years and still, the police have not filed any chargesheet till now.

I had been troubled a lot in past. Arrested & sent to jail.
Detained 3 times at airport as they placed LOC(Lookout circular).
I really feel the heat now and want to come out from this mess ASAP.

I have two active cases now at two different locations in Hyderabad.

Q1) Can I submit my ex-wife's death Certificate in my first 498 case (2012) and request Judge to close the first 498 case. As the complaint is no more alive, can I approach the court in any better manner so that first 498 can be closed?

Q2) If the above does not work is there any way where I can approach High court or trial courts to merge the above cases into one?

Q3) My ex-wife(deceased) stayed only 3 days and she clearly mentioned the same in her FIR in 2012 498 case. Based on this can I go for quashing to remove my mother's name (as my father recently expired) in both cases?

Q4) In my second case(Suicide 2014), apart from suicide note there is NO single piece of evidence.
Thinking to go for quashing? What is the best approach? Can I go for FIR quash or wait till charge sheet?

Q5) If I go for FIR Quash and no luck would that impact on later charge sheet quash?

Q6) In the second case(suicide 2014), it is been now almost 5 years but still now the police not filed charge sheet. Would there be any advantage to me or any kind of benefit in any form(for instance if I go for quashing)?

Q7) As the suicide case not filed chargesheet, does the police have the power to close the case and give a final report? As there is no evidence apart from suicide note can I request police to legally close the case?

I honestly put all my facts here and really sorry if this was lengthy.
I appreciate and Thank you very much for taking time and read this.
Looking forward to hear from you about your valuable suggestions.