Whether details about building proposals which are approved

Whether details about building proposals which are approved by municipal corporation can be denied under RTI? 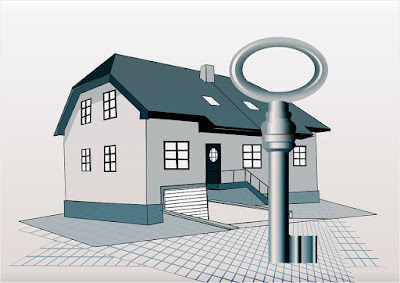 The contention of Mr.Kamdar is that the provisions of section 8 (1) (d) (g) (j) are clearly attracted qua the application of the 3rd respondent in seeking the information in question and there is a clear exemption from providing this information. This submission in our opinion is not well founded. We have observed above that the nature of the information as sought by the 3rd respondent in no manner would fall under the prohibition under section 8 (1)(d) (g) and (j) of the Act. We are certain that once building proposals are considered and plans are sanctioned, by the Municipal authorities, such permission, plans and documents pertaining to the same form part of public record. Once the approvals are granted such information as in the present case in our opinion, is not of the nature of any trade secret or of a commercial confidence or of a nature which would harm the competitive position of the petitioner.
If the contention as urged on behalf of the petitioners is accepted to be the position in law, then in that event, plans submitted for development to any authority would always remain a secret, sacrificing public interest, transparency and accountability in public offices. The information as sought by the 3rd respondent was also not in the nature which would endanger life or physical safety of any person so as to attract section 8 (1) (d) and (g) of the Act. The petitioners in our opinion cannot stretch the meaning of sub-section
(g) to this extent. As regards the submission of violation of section 8 (1) (g) that the information as sought by the 3 rd respondent is personal information also cannot be countenanced in view of our observations that the same pertains to sanctions/approvals granted by the Municipal Corporation on plans and proposals of the petitioners. The order of a permission or approval cannot be separated from its essential ingredients namely proposals and plans submitted in that regard which form the basis on the decisions and any citizen subject to requirement being fulfilled under the Act would be entitled to such information. Moreover, the observations in para 11 of the decision of the Delhi High Court in the case of Harish Kumar vs Pro Vost Marshal cum-Appellate Authority & ors (supra) militates against the submission of the petitioner in as much as it has been held that only personal information which has no nexus with any public activity or interest cannot be provided. Such is not the situation in the present case. Also in the decision in the case of Bihar Public Service Commission vs.Saiyed Hussain Abbas Rizwi & anr (supra) the Supreme Court considering the provisions of section 8 (1) (j) of the Act has observed that personal information which has no relationship to any public activity or interest or which  would cause unwarranted invasion of the privacy of the individual would fall within the exempted category unless the authority concerned is satisfied that larger public interest justifies the disclosure of such information. It is also observed that "public interest" has to be understood in its true connotation so as to give complete meaning to the relevant provisions of the Act. Taking into consideration these principles of law it cannot be said that there is no public interest involved when the petitioner would undertake developments on the basis of approved plans to sell flats and commercial premises to the public at large. Moreover, the Municipal authorities are required to act upon these proposals and in terms thereof have passed orders granting sanction which shows involvement of public element as also public interest.
Bombay High Court
Ferani Hotels Pvt Ltd vs The State Information ... on 30 October, 2015
WRIT PETITION (L) NO.1806 OF 2015
CORAM: M.S.SANKLECHA AND G.S.KULKARNI, JJ
JUDGMENT PRONOUNCED ON : 30th OCTOBER 2015