I have filed section 9 against my wife on Jan 2013 as she was staying in her home since 18 months & was not ready to settle with my family. In July 12 she joined a service of Asst Lecturer in a village 40 kms away from her home for 3500 salary. Now, she says she will not come untill she gets 28 code from University, which is not true. She wants me to live seperately with her, leaving my old Father &.mother. After counselling, she was forced to stay with me & continue her job from my home town, which her parents & herself was not ready to do so. After 2 weeks of counselling she came to my home along with our 2 kids and went to college next day. After returning from college she expressed her uncomforts doing the job from my town. And denied to do any work of home & provoked for a fight intentionally. She reported this to nearest Police station and pressurised TI to take action through political source and I am acussed for 323, 506. Now she wants a judicial Sepration. And I am not in favour of that. Please guide and resolve my query :

1. Judicial sepration requires consent of both of us or Court may take this decision on her request or it depends on courts sole discretion ?

2. She may ask for Maintenance, and I will pay it but my elder daughter is 3 yrs old and I want her education to be started, while staying with me and not in a village.

3. It will be more better if I can get divoce instead of Judiciary Sepration. Atleast I can acquire 1 child after three years. What would be better ? My wife is not ready to give divorce now. 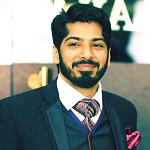 2. She WILL ask for maintenance and you'll have to pay. You may contest for child custody.

3. It is obviously clear that your marriage is not working out due to tempramental differences. Try to convince her for Mutual Divorce, if she is not ready, then go for contested divorce and file a Divorce Petition on the ground of mental cruelty.

I'm sure you must have discussed these issues with your Advocate, what does he have to say about it?

Thankyou Prashant Sir for your valueable guidance. Regarding Sec 10 HMA my advocate is trying to convince me & has asked me to give bribe to my wife's lawyer of 15k. In return she will take back her complaint & I won't have to give any Maintenance. Regarding my daughter's custody he has said that you cannot contest for that until she is 6 yrs old, as she is only 3yrs old at present. However, I can also understand that after 3 yrs my daughter will be poised against me, by my in-laws and she may also refuse at that point of time. I had tried to convience my wife for MCD & she is not ready for that she is not even picking up my ph or repling back to my SMS. Can I call upon for counselling through court for MCD ?

well it may be a ploy to get u in very deep trouble .as taking and giving Bribe is a criminal offence.

2.  your lawyer is correct regarding custody of child

3.  MCD can only be filed mutually.

counseling in court is done to save the marriage and not for requesting other party to go for MCD (i.e. for breaking marriage)

Bribing itsn't going to get you anywhere. Ya, both your Advocate and her Advocate sure are going to have a party out of the bribe money. Besides, who is stopping her from changing her Advocate and filing a petition for maintenance? Nobody.

I'll highly advice you to re-consider the advice of your Advocate and not fall for these cheap and unethical tricks. Contest your case on merit.

If you pay fifteen thousand rupees to the wife's advocate why wife will withdraw complaint against you?  What is complaint, what is judicial separation and what is maintenance?  Why are you mixing up all these things?  Complaint is made in criminal/police cases.  Your query does not show any police complaint.  She wants judicial separation, there is no mention of maintenance in your query other an one apprehension expressed by you.  Be clear about all these and think sensibly.

If your wife is going to get Rs.5000 per month as maintenance if her advocate gives a share in his bribe money of Rs.15000 will she not contest for maintence?  How foolish?

Thanks Chandrashekhar Sir, my wife's advocate says to my adv that she is ready to take back the report, she has logged in police station u/s 323,506 against me (Rajinama). So that, I'll not have an extra burden of criminal case against me running in court & she will not claim for any maintanence, if I agree for Judicial Sepration. And my advocate says that Judicial Sepration is granted on Mutual Consent only. The main motto of my wife is not to get maintanence, however, I am ready for that. But she wants to dominate & harrass me through Judicial Sepration, as she knows that children are my weakness & she also fears that I can re-marry after divorce. She want to keep me stucked untill she wants.

Judicial seperation is not granted by mutual consent. The party who wants to have a decree of JS need to prove the grounds. Even if such a decree is passed then, you can file for divorce after one year if there is no resumption of cohabitation within that period. File for visitation rights to meet the children regularly.

She can approch to you directly, you can talk with eachother and resolve your differences and start living together.

So, for Judicial Sepration she intentionally provoked for a fight, for which I warned her 3 times, not to initiate such talks, so that she can lodge a FIR against me, to prove the grounds for JS. If she approach me directly after JS, will there be any formalities to be done in court ? What will happen if I don't entertain her ? can she go for section 9 against me ? How can I seek divorce at that point of time ? How can I play the same game as she has played with me ?

Its not about Happy Living or personally for me in particular, that could have been mutual also, its about an abuse to this relation and harassment to me, for which I depended & approached Law & court and I still have regards, hope & trust in Law And Court .

Its about my carrier, which can be spoiled due to such Criminal case imposed on me.

How can I appeal to government or court to make any ammendment or create a new law for such cases in favour of men ?

I had transfered Rs 1,25,000 to my wife's acoount earlier to this case on her good believe & faith. Can that amount be adjusted against the maintanence ?

If she approach you after JS, no formalities need to be done thru the court. You both can start living together. You cannot be forced to cohabit with her after a decree of JS. She cannot file RCR when she herself have filed for JS, if she files then, you can defend yourself well. Keep the proof of deposit of the said amount with you so that you can show it to the court.

Don't spend a coin on the advocate of your wife. She will change her advocate if feel any reliveness in the advocate behaviour and your whole money will get waste. In your case of RCR approched the Magistrate for counseling session. Hope the problem will be short out from over there and your wilfe will be ready to either rejoin you or MCD.

I completely agree with Adv. Archana

Thank you so much Prashant Sir, 2be helpull Sir, Chandrashekhar Sir, Archana Madam, Praveen Sir & Nadeem Sir, for participating, taking interest, providing your precious knowledge, deep & wise analysis & a true guidance regarding my case. Now I feel more confident & aware of the practical situtaions, which may come across me in future & accordingly I can decide. Thankyou once again for preparing me of all the ifs & buts of the situation. I shall come back to you soon after the result. May god bless you in your endeavors.

My wife has now submitted a copy of FIR she had given at Police Station. Which is totally false, what would be the next action/decision of court after my reply to that application ? Earlier in her first visit to court she had already submitted application for maintanence without giving any reason. How will court take this ? Can court pass a decree for Judicial Sepration on its own & reject the maintanence application of my wife ?