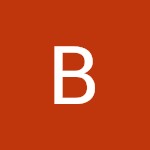 We are four legal heirs, My mother, myself and two married sisters. My mother and myself had entered into a sale agreement and signed the agreement(un registered) and received an advance amount through cheque,      but my two married sisters due family issues thery are not ready to sign neither Sale agreement nor the Sale Deed.  The buyer is nor ready to cancel the sale agreement, he is forcing us and issued a legal notice to get it signed by my sisters, can one force the legal heirs to sign the documents by legally? How can cancel the sale agreement(un registered). will the buyer has chance to sue us if my sisters do not sign the sale deed. Kindly do the needful.

Issule legal notice to buyer informing your inability to sell the property. He can file a suit for Specific performance of contract, but if you prove your inability to perform the contract then suit will be dismissed, but you will have to refund the token amount with interest, court will order like that.

You can rescind the Agreement for sale by sending a Lawyer's Notice and advance amount which you have received that you are unable to sale the property.But other party can sue you in Court according to Specific Relief Act then you should file an objection.

Opinion of Mr.Rajeev is correct. Go ahead and reply to the legal notice saying the agreement of sale executed is not legally enforeable as there other leagl heirs who are not consenting for the sale, in the circumstances hands are tied and  unable to execute the sale deed. Reason is both daughters are co-owners along with you and your mother and they are entitled for equal share in the joint family property. Immediately consult a lawyer who can help you directly without wasting time.

What if the two daughters say we will buy the other half also? Will it not be a round robin where the first turn goes to these daughters and only then to the buyer?

As per our expert lawyers suggestions from the club, I have replied to the notice informing about my inability to sell the property, as we four together are the joint owners and the possessors of the undivided share of the said schedule property. In the notice my lawyer stated that after receiving of the reply notice the agreement of sale will stands cancel. And also stated that we are ready to return the token amount.  But  the purchaser has not taken the token amount, not he approached the court. It is already 1 month above we sent the reply notice

As I mentioned above, I am ready to give the money which I took from the buyer. But the buyer is trying to tresspass the said property, instead of taking back the money. Hence I have tried for Injunction in the court, through my Lawyer. My Lawyer is saying that the court is not giving in the order of  Injunction because in the AGREEMENT OF SALE, there is one clause that "THE VENDORS HAVE PUT THE VENDEE IN THE POSSESSION IN THE SAID PROPERTY ON THE DAY OF AGREEMENT",. So My lawyer is saying we will a file a suit along with the other legal heirs who are not signed the agreement of sale, for cancellation of the agreement through the court.  ]

Kindly give me the suggestions, Is it ok to file a suit? does the word possession matters in any mean?

can an Unregistered sale agreement enforceble in front the Law?

Hi we have an solution to this problem if you want to more information please visit us at:

“Hi we have an solution to this problem if you want to more information please visit us” ?

As per Forum Rules, while answering a query, with each of our contribution, we need to add value to an article, which is really lacking in your above post.

While agre with Reply of Query by experts,

I agree with view of Ibrahimj

This forum should not be misused by such  Pvt Ltd. Co, who do not wnt to answer the query, or to share knowledge, or to help the aggrived person who rased query wth hope to get guidance from experts, But to advertse their Private Offce to attact Clients


WILL LCI ADMINISTRATION  DO THE NEEDFUL TO WEED OUT MISSE OF LCI? THIS S PROBABLY 10TH TIME IN A WEEK, THAT IT IS REPEATED, AND MAY REPEATE WITH ALL NREW QUERY.

As per above topic, the purchaser filed a suit for specific performance and he succeded in getting Exparte Injunction order, the court has given the Apr 2nd date to start the trials. Will I win this case or not? please help in this regard.