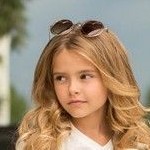 As GST has taken the plunge of the reformed taxation in India post-July 1, 2017,in all segments. No doubt, it has impacted not only on the manufacturing sectors but also at the end consumers who are the daily consumers of the goods and services. Let's find out the impact which GST has brought into the commodities and service sector.

Gold : Gold is the widely preferred financial asset that has been loved across generations throughout years. GST Council has set a confirmed tax bracket on gold at 3% and has been continuing with the current excise duty on gold at 1% thereby discarding other taxes and duties which were levied pre-GST. Now this 3% usher through the making charges till deciding the final value of gold jewellery as well. This will raise the per unit price of the commodity as well.

So, jewellery buyers, be ready to shell out extra penny as GST is not going to spare you anymore.

Banking Charges: Gear up yourself to pay an increase in the transaction fee on various banking and financial services as GST ushers through these services levying 18% tax rate from the existing 15%.

Eating Out: Eating out will now prove to be a burden for most of the customers as with the implementation of GST post July 1, they all need to pay a price on the charges levied at the restaurant joints they have been considering until now.

The GST tax rate slab decided for restaurants have been finalized based on their turnover and air-conditioning facility.

Moreover, eating out has proved to be more expensive in cities like Mumbai where the pre-GST tax rate once was 10.6% including both VAT and Service Tax. Now, the customers have to pay tax at 18% for eating out in AC restaurants due to post-GST effect.

For a non-AC restaurant in Mumbai, the previous tax rate levied was at 6 per cent. Post July 1,2017, small eating joints have set their GST tax rate at 12%.

Telecom Bills : Post GST can also be clearly witnessed in the telecom sector as GST have push forward the prices of mobile and internet bills. Now, telecom bills will levy 18% GST on all household and corporate bills.

Movie Tickets:  For all moviebuffs, gear up yourself to face the GST brunt of 28% for watching your favourite cinema.

However, the tax rate under GST proclaimed to be lower as compared to the entertainment taxes levied in some states, still movie ticket prices in big multiplexed will observe an unchanged rate but the government plans to hike the tax rate on junk food and aerated drinks.

Medicines: GST has also not spared medical sector anymore as the life-saving drugs have prepared themselves to charge 5% for curing diseases like  malaria, HIV-AIDS, tuberculosis, and diabetes which is expected to have a marginal increase in its prices.

Pre-GST, drugs were exempted from excise and customs duties. However, few states used to levy 5% tax on these drugs which will now not be there in GST. As per GST norms, the rate has been set at 12% on the constitution and 18% on APIs(active pharmaceuticals components)-the bulk drugs which will go into the processing of finalized products of pills and tablets.

Air Travel: Do you think you can continue to travel in an economy class? Well, yes as GST has set the tax rate at 5% from the previous 6% under the GST regime post -July 1 onwards. It will help you to plan for saving on your fares instead bearing the heavy cost.

However, business class travel will put a massive burden on you as the ticket fares would witness a GST rate of 12% from the previous 9% rate. So, plan your trip accordingly.

No Tax Items : All cheers for household necessities like milk, paneer, and curd as there will be no GST. Moreover, there will be no taxation on metro travel, religious travel and Haj Yatra along with healthcare and education sectors as well. However, the basic food items like cereals, eggs, and meat  face no impact of GST after its implementation. But a major relief for regular middle-class customers as prices of food grains, particularly wheat and rice will fall down due to their exemption from GST tax rates regime. However, customers have to bear 5% tax applicable to packaged food items.

Daily use Items: GST brims into daily useful items confirming 5% tax rate on household items like sugar, tea, coffee(excluding instant coffee) and edible oil which is perhaps lowest in the entire tax regime but however, identical to the previous tax structure.

A uniform national sales tax or GST of 18% have now been applicable on common use products such as  hair oil, soaps, and toothpaste instead of previous 22-24 per cent tax. However, the highest rate of 28 per cent under GST is also widely applicable on chewing gums, white chocolate, chocolates consisting of cocoa, wafers coated with chocolate, custard powder, instant coffee, students' colours, varnishes, paints, perfumes, beauty products, sunscreen, shampoos, hair dyes, after-shave lotions, and deodorants.

Entertainment:  Now planning for visiting the theme park and sporting events such as IPL event will prove to be costly as GST has applied a tax rate of 28% according to the new indirect tax regime.

Good and useful information, thanks.