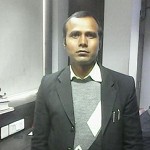 One society registered in Delhi is operating by two separate governing bodies. In regard I am the president during the period 01.08.2014 to 15.06.2016. In between several expenditure done by the president for development of the society. After some times the society’s member made another meeting and elected the new committee for the purpose of ‘New Election’ and same was done. But unfortunate two separate members elected as same three designations i.e. President, Secretary and Treasurer etc.  Who is elected persons filed the separate documents for same society.

Further, it is submitted that I am permanent member of the society and I am president for above mentioned period.

Now I want to be reconciled my financial books of accounts during my tenure as president. In the regard I have been made several intimations to society’s governing body and others bur never received a single correspondence.

Please guide to us in brief and also provide to us a drat copy regarding such issues.

plz go through the bye laws of the society