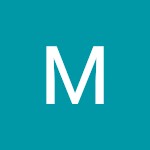 Recruitment and selection in psu company

As per their policy, written test and interview had ratio of 85:15 but they did not disclose it on recruitment notification.

Now, written test had 100 marks allotted and it was converted to 85 marks.

Now, in case of interview

1) The marks scored by candidates in written test was notified in website of company prior to interview.

2) The interview had 15 marks allotted.

3) The logic the company used is add the written test marks converted to 85 marks and they simply added what the candidates had scored in interview.

Is the logic correct?

Q1 - Shouldn't the company convert interview marks to 15% as per their own policy?

Q2 - Shouldn't the company NOT disclose marks scored by candidates in written test in website of company prior to interview as it may lead to Manipulation?

Also, in past, they recruited engineers in same Payscale and grade on basis on GATE Exam score and interview but their GATE score was not disclosed prior to their interview.

AUTHOR, yet another fantastic value based article based on research, and I think all the tips are the result of learning through experience, that's why they are so much valuable for the readers.