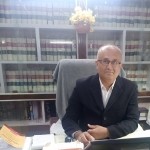 It is depends upon proofs and facts...

Sir, Can you please explain as to how you could prove that you are not a subtenant but a direct tenant?

1. This is a rule directed against an order passed by District Judge Sher Singh acting as an appellate authority under the East Punjab Urban Rent Restriction Act of 1949. The petition as originally made was a petition lor revision hut was treated by a Bench of this Court consisting of the learned Chief Justice and Mr. Justice Harnam Singh as one under Articles 226 and 227 of the Constitution.

2. The facts of the case are that the landlord Bawa Singh filed an application under section 13 of the East Punjab Urban Rant Restriction Act for ejectment of his tenant Randan Lal on two grounds (1) of subletting and (2) of bona fide requirement and for personal occupation. The defence was that there was no subletting and there was no personal requirement and that no valid notice had been served on the tenant. The Rent Controller found that the tenant had not sublet the premises but that the premises were 'bona fide' required by the landlord and that the notice Exhibit P. 3, which was given was valid. The tenant went up in appeal to the appellate authority, that is, the District Judge, and the only point that was argued in that Court was the validity of the notice of ejectment which the learned Judge held to be invalid on the ground that it required the tenant to vacate the premises on or before the 1st October 1950, the notice having been on the 12th September 1950.

3. A preliminary objection was raised that under Article 227 this Court cannot and should not interfere with the order passed unless it was shown that it was an order without jurisdiction. I am unable to agree with this contention because as I understand the power given by this Article is this that it is meant to ba exercised in cases where the Subsrdinate Courts clearly have done something which they are not entitled to do. The power must be used to keep the Courts below within the bounds prescribed by law for such Courts. I had occasion to interfere under Article 227 with the order of a Controller in--'Nathu Ram v. Ram Partap', 53 Pun. L. R. 90. The power under section 107 of the old Government of India Act of 1919 was used for cases which were not covered by section 115 of the Code of Civil Procedure but were cases of manifest injustice and illegalities. It is not necessary for me to define the limits of the exercise of power under Article 227. but I may just refer to the observations of Maclean C. J. in --'Sukh Lal Sheikh v. Tara Chand', 33 Cal. 68 (F.B.), where it was held that this power of superintendence over subordinate Courts is analogous to that of the King's Bench Division to interfere by mandamus. I would therefore overrule this contention of counsel for the opposite party.

4. The first question to be decided is whether the notice was a proper one. In my opinion it was. No doubt in the notice the tenant was required to vacate the premises by the 1st of October 1950. This by itself I do not think would invalidate the notice. I would here refer to the observations of Lindley L. J. in -- 'Side-botham v. Holland', (1895) 1 Q. B. 378 at p. 383, where the Lord Justice said : "The validity of a notice to quit ought not to turn on the splitting of a straw. Moreover, if hypercriticisms are to be indulged in, a notice to quit at the first moment of the anniversary ought to be just as good as a notice to quit on the last moment of the day before. But such subtleties ought to be and are disregarded as out of place." Their Lordships of the Privy Council in --'Benoy Krishna Das v. Salsiccioni1, AIR 1932 P. C. 279, held that a lease from the 1st June 1921 for a term of four years ends on the midnight of 1st June 1925 and a notice given by the lessee on the 1st February 1928, for leaving the premises on the 1st March 1928, is a notice expiring with the end of a month of the tenancy. A similar view was taken in India in a recent case, -- 'Ram Palak v. Bilas Mahton', AIR 1952 Pat. 69 and in -- 'Gayaprasad Gan-patlal v. S. S. Munnilal Narayan Prasad', AIR 1952 Nag. 101. In this last case the notice was similarly worded as in the present case in that the tenant was asked to vacate by the 1st of the next month. In -- 'Adolphe Strager v. Emma Price', 12 Cal. W. N. 1059, a similar view was taken and it was said that the notice to quit was not to be worded with the accuracy of a plea.

In my opinion therefore the learned Judge was in error in holding that the notice was not a proper notice.

5. The second point raised by Mr. Shamair Chand is equally efficacious. The relationship between landlord and tenant is now regulated in the Punjab by the East Punjab Urban Rent Restriction Act of 1949. Section 13 deals with eviction. Section 13 (1) provides

"13 (1) A tenant in possession of a building shall not be evicted therefrom except in accordance with the provisions of this section." Sub-section (2) of section 13 provides that the landlord who wishes to evict a tenant shall apply to the Controller for a direction in that behalf who shall aEter giving the tenant a reasonable opportunity of showing cause, and if he (the Controller) is satisfied that certain contingencies exist he can order the tenant to put the landlord in possession. One of the reasons for which ejectment can be ordered is the non-payment of rent. Sub-section (3) gives the power to the landlord to apply to the Controller for eviction in case he needs the premises for his own occupation if it is a house and lor his own use if it is a non-residential building. Section 13 (2) (ii) (b) provides: "Used the building or rented land for a purpose other than that for which it was leased, or"

This Act, it was submitted by Mr. Shamair Chand, is a complete Code by itself and it is not necessary to import into this an additional condition for coming to the Controller for an order of eviction that the landlord should give notice terminating the tenancy under section 106 of the Transfer of Property Act. He relies in support on certain passages in Mulla's Transfer of Property Act, 1949 Edition. At page 655 the learned author says

"the effect of this Section (section 106) as of section 108(q) and section 111 has been for all practical purposes superseded by special legislation in certain places to give protection to tenants against enhancement of rent and eviction".

At page 702 of the same book, under heading "Emergency Legislation" the learned author writes:

"During or immediately following the two Great Wars it was found necessary to give special protection to tenants against enhancement of rent, ejectment in supersession of the ordinary law of landlord and tenant laid down in the Transfer of Property Act. * * "

"It seems to us that the view taken by the High Court is not correct. Section 11 begins with the words 'Notwithstanding anything contained in any agreement or law to the contrary.' and hence any attempt to import the provisions relating to the law of transfer of property for the interpretation of the section would seem to be out of place. Section 11 is a self-contained section, and it is wholly unnecessary to go outside the Act for determining whether a tenant is liable to be evicted or not, and under what conditions he can be evicted. It clearly provides that a tenant is not liable to be evicted except on certain conditions, and one of the conditions laid down for the eviction of a month to month tenant is non-payment of rent."

This shows quite clearly that in order to determine whether a tenant has become liable to eviction or not, the Controller must confine himself to the provisions of the Act and to no other provision.

6. In--'First Appeal No. 71 of 1948' (Punj.) although the point was not specifically decided, a Division Bench of this Court of which I was a member, seemed to approve of the opinion that in Delhi where section 9 of the Rent Restriction Act applied and its provisions contravened, no notice to the tenant or occupier was necessary.

7. Mr. Bahri referred to a judgment of Achhru Ram J. in -- 'Hasham v. Mt. Fazal Begum', AIR 1947 Lah. 332, which was a decision under the proviso to section 10 of the Punjab Urban Rent Restriction Act of 1941. There the learned Judge was of the opinion that the giving of a notice for ejectment was a necessary preliminary to the ejectment of a tenant. The wording of the proviso was different and section 108 of the Transfer of Property Act was specifically referred to, and it cannot be said that the rule laid down would be applicable to a case where the elaborate and self-contained provisions of the Rent Restriction Act apply. I am, therefore, of the opinion that the learned Judge was in error and has thereby prevented himself from exercising jurisdiction which was vested in him by law.

The above citation is based on legality of notice which may deffer from case to case.

Sub tenancy has to be proved by the landlord and not the tenant.