Procedure to convert contested divorce petition to a mutual

1. It is done under Order 23 / Rule 3 R/w S. 151 CPC and is to be allowed by concerned Court first then only one can enter into compromise to follow-up with MCD !


OTR (off the record) - Invest into a noble Advocate's services omitting DO IT YOURSELF way at such last mile journey.

True........ contested divorce can be converted into MCD, but a little lengthy  and cumbersome process. Withdrawing the petition and filing the MCD can be done on the same day !!

In our case,  in 2003 my husband filed a case to dissolution of marriage on grounds of cruelty.
now we r going for Mutual Divorce .since it had been long time our case is pending. according to  below link can we get rid  6 month cooling   perod

File two joint applications in the contested divorce. One under Order 6, Rule 17 and S. 151 of the Code of Civil Procedure, 1908 praying that the petition for divorce filed by the husband may be treated as a petition under subsection (1) of S. 13-B of the Act, and the other under sub-section (2) of S. 13-B for a decree of divorce by mutual consent.  Quote judgment of Dhanjit Vadra vs Smt. Beena Vadra on 30 January, 1990 of Delhi HC.

Request for waiver of cooling period owing the fact that one of the parties can withdraw the MCD if six months cooling period is allowed thus defeating the very purpose of amending the contested divorce petition into MCD.  Withdrawal could be a ploy by the party not filing divorce petition to make the party filing petition withdraw on the basis of MCD and later backtrack on MCD. So conversion is better option.

I feel that as the contested divorce case was going on for quite some time, the respondent might ditch on the hearing date/s of MCD. Rather converting the divorce case only for the purpose of MCD may be cumbersome but a better proposition.


I disagree to Bharat, Archana and Chandrasekhar. What they are saying is a old procedure.


See below Mumbai HC Judgment (likewise there are Judgment on similar facts from D HC too) and pray before lower Court that parties have entered into 'compromise' hence dismiss the Petition of Petitioning Husband and allow parties to Compromise and pass a "compromise decree".

Hindu Marriage Act, 1955, Sec. 13-B—Code of Civil Procedure, 1908, O. 23, R. 3—Compromise—Petition for divorce filed by wife on ground of cruelty—Dismissed—Challenged—Husband was not interested in continuing matrimonial life with wife—Held, when compromise can be arrived directly there is no meaning saying that it cannot be done indirectly by collusion. In fact concept of divorce by collusion has been rendered meaningless by virtue of provision of divorce by consent. It is open for parties even to obtain divorce by resort to provision of Order 23, Rule 3 of C.P.C. (Para 3)


SHARAD MANOHAR, J.:—This appeal arises out of a petition for divorce filed by the appellant-wife on the ground of cruelty. The petition has been dismissed by the trial Court.

2.       The parties are living away from each other for the last about 14 years. The respondent-husband is in fact not living in . He is staying at . The appellant-wife is serving in Bombay Telephones. Just for a period of one and half month, the husband and wife lived together in . The petitioner-wife, thereafter came to and has been eking out her livelihood all by her own. It is evident that the marriage has gone on the rocks.

3.       No doubt the petition for divorce filed by the petitioner on the ground of cruelty was contested by the respondent-husband and it is also true that the trial Court was not persuaded to accept the evidence of the petitioner so far as her plea of cruelty practised by her husband upon her was concerned. But the appeal filed by her against that decree is admitted by this Court. Further, subsequent to the filing of the appeal, the respondent-husband has written a letter to his learned Advocate Shri M.P. Rao, a xerox copy of which has been in fact produced by Mr. Rao in this Court and it is taken on record. The letter is dated . In the letter, the respondent-husband has clearly stated that he was not interested in contesting the appeal. He has in fact stated that he was not in fact interested in the case. What he clearly means is that he was not interested in continuing the matrimonial life with the petitioner-wife.

Mr. Rao, appearing for the respondent-husband however, stated quite rightly that since the respondent-husband is not interested in coming all the way to and because he has no interest in the litigation whatsoever, it is not possible to have the decree for divorce by consent strictly in accordance with the provisions of the Hindu Marriage Act. He has also referred to the judgment of this Court in F.A. 902/84, decided on 11-4-1985, where it is held that the only impediment in the way of the parties to obtain divorce by consent or by compromise was the provision in the Hindu Marriage Act injuncting the Court to see to it that there was no collusion between two spouses for getting any of the reliefs under the Act. This provision existed even before the provision for divorce by consent was brought on the statute book. It is held in the above mentioned judgment that this provision has now become wholly meaningless, because of divorce by compromise cannot be now described as a divorce by collusion. A collusion is something which cannot be done directly. When compromise can be arrived directly there is no meaning saying that it cannot be done indirectly by collusion. In fact the concept of divorce by collusion has been rendered meaningless by virtue of the said provision of divorce by consent. In this view of the matter, it has been held that it is open for the parties even to obtain divorce by resort to the provision of Order 23, Rule 3 of the Civil Procedure Code.

4.       In this view of the matter, both the learned Advocates have filed an application for divorce by consent. Both of them have signed the said application. In fact even the appellant has put her signature upon the consent terms. A xerox copy of the letter written by the respondent-husband to his learned Advocate Shri M.P. Rao is also annexed to the application.

5.       In these circumstances, I see no reason why decree for divorce cannot be passed in this case. It is made clear that the decree is passed in favour of both the parties, the wife as well as the husband. However, it is made clear that the decree for divorce shall be effective from this date and hence it is declared that as from this date, the relationship of husband and wife between the parties has come to an end.

6.       Decree is passed in terms of the consent terms. However, there shall be no order as to costs.

Order 23 of CPC is about withdrawal and adjustment of suits.  What is the withdrawal that Adv.Archana and Adv. Bharat Chugh are talking about?

file joint purshis along with the compromise terms praying for divorce by mutual consent.

i have seen such thing happening in a District court, which granted divorce decree. 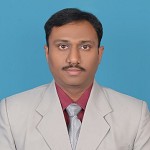 Hope this helps. (at least for future searchers)