O Lawyers,would you accept or reject case of this RAPIST ?

Nature of Service or profession of a doctor and that of an advocate is different, and should never be clubbed. In suit or a case two parties face each other, and both parties being represented by two advocates, but in medical profession no such situation arises. In medical profession u do not need to file "Vakalathnama" and the same doctor can treat both the parties who are opposite to each other, whereas same advocate cannot represent both the parties at suit at a time? The way we can change the doctor, can we change the lawyer. If I have five suits can we keep five advocates in reality?

If I goes to an advocate and says that I have to harass a particular person by filling complaint case, should he accept that in spite of paying hefty amount? If yes, then why sometimes court imposes fine on lawyers/advocates for bringing unscrupulous suits.

Remember an NBW was issued for President, CJI and other persons with the help of money, in this can the lawyer who managed it shirk away by saying that it comes within the purview of professional standards.

We all know that malicious prosecution has taken in to a shape of Industry, and how criminal cases are being fought in courtroom battle.

This is my view, I am not intended to offend anyone and apology is incorporated.

One thing Mr. Haridasanji, The doctor must attend that emergency if he is free and charging by the doctor too is justified. But in some cases I have seen an individual doctor do not charges the patients if something adverse goes to the patient due to his fault or if the patient dies.

A doctor goes to attend an emergency call and on reaching he see that the patient is dead, then also most of the individual doctors do not charge anything.

But remember, A doctor or a team of doctor can save the convict from heart attack, but not from hanging.

On the other hand an expert advocate can save an accused from punishment or hanging or at least can stretch the case for a long, and also can bring an innocent person into the clutches of law.

Hello all and respect to all.

I have heard the statement by many lawyers that its their professional ethics tyat makes them defend the person accused of murded as law proveds fair trial to all.

I strongly agree that if an advocate is not confirmed of the crime one is accused of he shall defend him but not if advocate knows that the persoan has committed the crime.

I know that each lawyer who defend an accused would have asked for entire truth from accused so that he can fith a case in better way. but in the process if advocate himself knows that the accused is guilty then he should also bring those facts in front of the judge. Fair trial does not mean that an advocate defends a person based on lies or by hiding truth. It shud be fair trial in true sense. 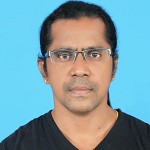 the answer is very simple.the lawyer should admit the hard core rapist or anyone who appears at his office and if he says that he had just raped and killed another 15 year girl and offering  a sum of Rs. one crore also) to fight his case and save him--our duty is same as doctor and teacher.

Who knows the real story except the creator. Just because some body is allegaing crime it does not MEAN  his or her version is right.

Even the courts prononce judements at the end of trial.  SO HOW DO YOU  EXPECT AN ADVOCATE TO KNOW IN ADVANCE WHO IS GUILTY AND WHO IS NOT.

And with devlopment of civilisation the concept of crime also changes.

To morrow it is possible that a woman will be punished for  luring  a person to have physical relation with her.  THE LAW IS ALREADY IN PROCESS OF SUCH CHANGE.

There's a saying that there can be two opinions even in a case where a person beats his or her own mother. Some may say she deserved it (It is very difficult to digest this view) and some may say that the offender is always a disgusting guy. Both the sides may have justification for their opinions. We have to admit that even in cases where there is no justification for some excesses or misdeeds of our close relatives or friends, we go all out to defend them despite our being aware of the illegality of their action. That is the funny part of democracy, however much we want to like it or dislike it. And that's because our likes and dislikes are relative. We have to also appreciate that if the lawyer fraternity start judging the cases before taking any assignment, then where is the necessity of the  judicial system and all the courts and judges? Let us view the entire matter dispassionately.

I feel everyone is talking in wrong direction. Noone is saying taht an advocate must judge teh person of guilty or not. All I think strongly is that the defense lawyer must take teh case to defend teh rapist but fight the case with bringing the facts infront of court and not hide it.

Its not wrong to defend the person but trying to lie and let the culprit get away . Lawyer should use his knowledge to help fighting the person in the court and not help a person lie in teh court which s happening thses days.

Genuine concern of an accused should be considered and protected, declaring an accused guilty is different and quantum of punishment is the main concern, here his attitude, behavior, nature, and other factors should be taken into account.

“Mahatma Gandhi once said that, “if every saint has a past then every criminal has a future”.  It is to achieve this future that punishments are given by law.  Punishments are given so as to ensure a bright future to the society including the criminal himself.  In the case of a child offender, special care should be given to his future for it is yet in a budding state and is not beyond repair.  He should not be exposed to the harshness of prison and the brutality of common trial procedure.  It will shatter his fragile physiological framework into a thousand unusable shards.”

So, it is not good to defend hardcore, professional criminals for the sake of money and justify on the basis of wrong professional ethics. A lawyer must be loyal to the law first than be loyal to his client. Backstabbing or maligning one’s profession should be avoided. Their constructive contribution is expected to uphold the “Rule of Law”. Justice must prevail.

I do not know whether it is true or a story, but I am writing it as a story “A person killed his wife brutally, He faced trial and found of guilty of killing his wife brutally, and consequently he got life imprisonment for his crime. He wanted to get his sentence reduced so, he preferred to go for an appeal. He contacted and consulted one lawyer, who promised to get his sentence reduced, the lawyer took him into his confidence and asked the truth and whole story, after going thru the whole truth, the lawyer assured him again to reduce the sentence. When case came into the final argument stage, the lawyer demanded death sentence for his client, and also ensured death sentence for him. On seeing betrayal by his lawyer the client asked, why did u ditched me? Then the lawyer said that I have ditched u and can ditch anyone, but cannot ditch or malign my profession.

i will surely defend him and try my level best to save him from punishment.

i think it is THE MORAL DUTY of every lawyer. evenif nobody is willing to appear for him, state government has to arrange a lawyer for him at government  expenses. this is , what CRPC  says. then, is the state government guilty of protecting a criminal ?

In india, none of the criminal can be sent to jail directly without trial, even if , he is a terrorist.