What   is   the  difference   between  lease and  licence?

Following are the basic differences between Licence and Lease.

B] If an interest is created in a property it is lease, but where only a permission for user is granted, it is license.

C] Generally if an exclusive possession is granted it is lease else license.

D] It will basically have to be construed from the document creating it.

In practice, the term licence usually refers to a relatively flexible, short term agreement. Licences should be for less than six months, non-exclusive, and be terminable at short notice (say one month) by either you or the 'licensor', to avoid being treated as a lease. Licence agreements usually have a low initial cost, perhaps a deposit equivalent to one month's rent. Typical licensed premises include small office units or workshops within a larger building, and often include various support services (such as reception and security).

Legally, however, what matters is not whether an agreement is referred to as a licence or as a lease, but what the agreement actually says. Although many licences are relatively straightforward, you still need to satisfy yourself that you understand your rights and obligations before entering into any agreement 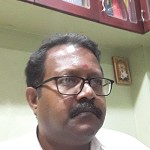 licence  is permission for restricted use

but lease is total uniterruped permission to use