I have a friend named Rachna. She is 25 years old. She wants to get a divorce from her husband because they are facing personal issues with each other and now she is not able to cope with it but her husband has refused to sign the divorce papers. Actually, her husband and her father are business partners and her husband is not ready for divorce because he might face losses in the business. Now, what can my friend do? Does she have any legal remedy?

yes it is academic and  seems author's own imagination

Your friend can file such an application seeking a divorce from a competent family court.  The court after considering the submissions of both the parties may grant the divorce.  One can not compel the other spouse to sign any document against his will.

For getting a divorce your friend should have valid grounds against her husband. Your friend cannot get a divorce on whimsical grounds. Divorce can be applied on desertion, cruelty, adultery etc. grounds. Contact expert local advocate for initiating legal action for divorce against the husband.

Your postings suggest that many of your friends and relatives are having many a troubles. Instead of being overburdened with their woes, you can advise them to post their issues themselves.

Divorce does not mean that one person wants a divorce and the other person signs some papers. A proper Divorce is to be obtained through Copurt only. Let her approach a reliable and capable Lawyer in the area and through him file for Divorce before the Court duly mentioning the compelling reasons for seeking Divorce and wait for the Court to decide the matter. 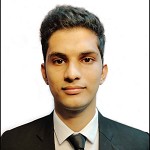 Practically there is no term "Divorce Papers" in law, you mustn't worry about whether husband will sign it or not, rather contest the divorce, Hon'ble Court will decide whether the grounds are lawful and admissible. In India, the process to get the divorce takes almost 1.5 years, if the Hon'ble court finds out the proceedings initiated is vicious and frivolous, it will be dismissed with fine for wasting the time of the court. Luckily we don't have that option here for the people who waste our time posting fake problems. So kindly tell your friend to be cautious to use any legal remedy, as it is a double edged sword.

When one of the parties is not consenting to the divorce, the only option left is to fight for divorce in a court of law, such a divorce is called contested divorce. So your friend can approach the respective Family Court and file a petition for a decree of divorce.

Section 13 of the Hindu Marriage Act states that any marriage solemnized, whether before or after the commencement of this act, may, on a petition presented by either the husband or the wife be dissolved by a decree of divorce on the ground that the other party has -

1. After the solemnization of the marriage, had s*xual intercourse with any person other than his or her spouse,

2. After the marriage has treated the partner with cruelty

4. Ceased to be Hindu by conversion to some other religion,

5. been incurable of unsound mind or has been suffering continuously from a mental disorder.

To obtain a decree of divorce, your friend can approach a good divorce lawyer and file a petition. But it is recommended that she should try mediation first and see arriving at a peaceful settlement might be possible.

I hope this helps! 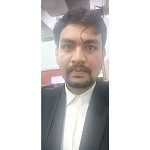 The consent of the husband for divorce is only necessary when you are going for mutual consent divorce. If the husband and family are not interested, you can go for contested divorce under various grounds available under Section 13 of Hindu Marriage Act.

As opined by many experts above, the wife requires the husband to sign the divorce petition only if it is filed on the grounds of mutual consent.

If he is not agreeing for mutual consent divorce then she can very we;ll file a contested divorce on the grounds of cruelty on the basis of the reasons and evidences she may rely upon.

There is no necessity for her to beg her husband to sign the petition for mutual consent divorce. if he is not willing to cooperate with her.

Hello, Greetings of the day!
Your friend Rachna can definitely file an application seeking a divorce from a competent family court.  The court after analysing the submissions of both sides may grant the divorce. If Hon’ble court finds it to be appropriate ground to claim for divorce, then definitely Court will grant a divorce to your friend. Your friend cannot compel his spouse to sign any document against his will.
When one party to the case is not consenting to the divorce, then the only option is to fight the case in a Court of law. Such kind of divorce is called Contested Divorce.
So, your friend can approach the concerned Family Court and file a petition for seeking a divorce. Any marriage solemnized under Section 13 of the Hindu Marriage Act states that, whether before or after the commencement of this act, may, on a petition presented by either of the spouses be dissolved by a decree of divorce on the ground that the other party has –
On the ground of Unsound mind, Impotency at the time of marriage, Adultery, Cruelty or left the other partner for a time period of not less than two years or has been absent for a time period of seven years without the knowledge of his presence or for Conversion to any other religion or ceased to be Hindu. For seeking a divorce, your friend can approach a prudent divorce lawyer and file a petition.
And, she has one more option to opt which is Mediation-Alternate Dispute Resolution. It is recommended to go for mediation first and try to settle amicably.
Best Regards,
Sneha Jaiswal
Law Student

She can file a divorce petition in the court