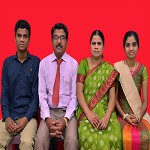 How to prepare and submit written argument in civil case

My portion of agricultural land inherited from my mother after death of father, sold by my cousin decietfully in my absence by changing boundaries.

So I have filed criminal case and according to police advice then filled civil case No OS/133/2016 in junior civil court Kodad nalgonda dist.

Now the case is for issues since last two years. The next hearing is scheduled in march 2021.So i want prepare and submit written argument.

Please guide me in preparation of argument. Format in which I have to prepare.

Court has to frame the issues according to suit filed. You can mention the court and remind them to frame issues.

1. Show your entire case file to a local Lawyer for proper guidance.

The laid down process is in steps.  Unless all parties file their written statements , issues framed, trial concludes there is no use in written submissions.   However a draft copy can be kept with you so that your advocate can proceed further on the basis of those facts.

After issues  both sides evidence will be conducted ,etc,etc it may take -------yrs so don't be so much hurry to file written ags.

You are in haste. The arguments are to be advanced only after the issues are adduced and both sides have led their evidence.

As per my understanding of your query (although the wordings of query are confusing), you inherited a particular share of property after death of your father in accordance with Hindu Law relating to intestate succession. Intestate succession refer to a situation where 'Karta' (head of the family) dies without any 'Will'. I will not go into the question of validity of succession as that in itself is a separate question.

You have filed a civil suit which is pending for framing of issues. The steps in a suit, generally, are as follows:-

2. If application under Order 7 Rule 11 is not filed or filed but dismissed, then defendant files Written Statement.

3. The court then frames issues. Framing of issues in simple terms mean  framing the questions which the court will decide.

4. The evidence by plaintiff is recorded through Affidavit (See Order XVIII Rule 4 CPC) and cross examination of plaintiff is done

5. Then Defendant evidence is recorded and cross examination of defendant is done

6. Case is fixed for arguments. (THIS IS THE STAGE OF FILING WRITTEN ARGUMENTS)

7. Judgment is passed and decree is prepared.

Now in your case, the matter is pending for framing of issues. At this moment written arguments cannot be filed until the evidence is pending. There is only one exception to this i.e. where the court is of opinion that no evidence is required. This can happen in some situations.

The criminal complaint you lodged was maintainable because in India criminal remedy and civil remedy are 2 different things. You should have pursued the criminal remedy because the facts suggest that case under section 420 I.P.C was made out. If police was not registering FIR, still you had many remedies:-

2. If Superintendent did not do any thing then you could file application to magistrate under section 156(3) Cr PC.

Therefore, in case it is possible, revive the criminal proceedings by doing any of the above. But this can be done only if lot of time has not passed from refusal of Police to register FIR or closure of case.

Hope this article will help you.