How to determine territorial jurisdiction of court in case o

How to determine territorial jurisdiction of court in case of dishonour of cheque after 2015 amendment? 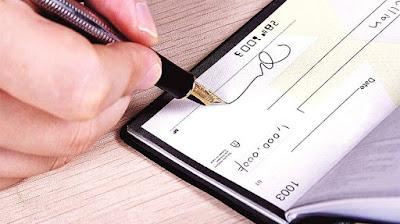 Let me give an example to understand the jurisdiction
according to the amendment :
(1) 'A' holds an account with the Navrangpura Branch,
Ahmedabad, of 'XYZ' Bank, issues a cheque payable at
par in favour of 'B'. 'B' holds an account with the M.S.
University Road Branch, Vadodara, of the 'PQR' Bank,
deposits the said cheque at the Surat Branch of the 'PQR'
Bank and the cheque is dishonoured. The complaint will
have to be filed before the Court having the local

jurisdiction where the M.S.University Road Branch,
Vadodara, of the 'PQR' Bank is situated.
(2) 'A' holds an account with the Navranpura Branch,
Ahmedabad, of 'XYZ' Bank, issues a cheque payable at
par in favour of 'B'. 'B' presents the said cheque at the
Vadodara Branch of the 'XYZ' Bank (but 'B' does not hold
account in any branch of the 'XYZ' Bank) and the cheque
is dishonoured. The complaint will have to be filed before
the Court having the local jurisdiction where the
Navrangpura Branch, Ahmedabad, of the 'XYZ' Bank is
situated.
Therefore, to summarise, first, when the cheque is
delivered for collection through an account, the complaint is to
be filed before the Court where the branch of the bank is
situated, where the payee or the holder in due course
maintains his account and, secondly, when the cheque is
presented for payment over the counter, the complaint is to be
filed before the Court where the drawer maintains his account.
Secondly, once a complaint for dishonour of the cheque is
filed in one particular Court at a particular place, then later on
if there is any other cheque of the same party (drawer) which
has also dishonoured, then all such subsequent complaints for
dishonour of the cheques against the same drawer will also
have to be filed in the same Court (even if the person presents
them in some bank in some other city or area). This would
ensure that the drawer of the cheques is not harassed by filing
multiple complaints for dishonour at different places. It
necessarily implies that even multiple complaints for dishonour
of cheques against the same party can be filed only in one

Court even though the cheques might have been presented in
different banks at different places.
Thirdly, all criminal complaints for dishonour of cheques
pending as on 15th June 2015 in different Courts in India would
be transferred to the Court which has the jurisdiction to try
such case in the manner mentioned above, i.e. such pending
cases will stand transferred to the Court having jurisdiction
over the place where the bank of the payee is located. If there
are multiple complaints of dishonour pending between the
same parties as on 15th June 2015, then all such complaints
would be transferred to the Court having jurisdiction to try the
first case.
To put it briefly, the (Amendment) Act takes care of the
interest of the payee of the cheque while, at the same time,
also takes care to see that the drawer of the multiple cheques
is not harassed by filing different complaints at different
locations to harass him (if more than one cheque is bounced).
The (Amendment) Act virtually supersedes the decision of
the Supreme Court in the case of Dashrath Rupsingh Rathod
(supra).
IN THE HIGH COURT OF GUJARAT AT AHMEDABAD
CRIMINAL MISC.APPLICATION NO. 13062 of 2011

Territorial jurisdiction of a court to try an offence under Section 138 of the Negotiable Instruments Act, 1881 is in question in this case. Before we go into the Judgment details, we would like to place on record that the practice of some banks and NBFC’s and Retail Loan providers allegedly under  legal advise to file Section 138 cases at a place different from the place where the defaulter resides and thereby frustrate the defaulter and got issued warrants against them have been stopped by the Hon’ble Supreme Court. The Court has held that the place to file Section 138 complaint is the place where the defaulter resides.

The appeal is filed by challenging the decision. The learned Senior Counsel appearing on behalf of the appellant would submit that as the entire cause of action arose within the jurisdiction of the courts at Chandigarh, the learned Additional Sessions Judge, New Delhi had no jurisdiction to take cognizance of the offence.

Indisputably, the parties had been carrying on business at Chandigarh. The Head Office of the complainant - respondent may be at Delhi but it has a branch office at Chandigarh. It is not in dispute that the transactions were carried on only from Chandigarh. It is furthermore not in dispute that the cheque was issued and presented at Chandigarh. The complaint petition is totally silent as to whether the said cheque was presented at Delhi. As indicated hereinbefore, the learned counsel appearing on behalf of the complainant - respondent contended that in fact the cheque was put in a drop box but as the payment was to be obtained from the Delhi Bank, it was sent to Delhi.

The facility for collection of the cheque admittedly was available at Chandigrh and the said facility was availed of. We have no other option but to presume that the cheque was presented at Chandigarh. Indisputably, the dishonour of the cheque also took place at Chandigarh. The only question, therefore, which arises for consideration is that as to whether sending of notice from Delhi itself would give rise to a cause of action for taking cognizance under the Negotiable Instruments Act. Issuance of notice would not by itself give rise to a cause of action but communication of the notice would.

In terms of Section 177 of the Code of Criminal Procedure every offence shall ordinarily be inquired into and tried by a court within whose local jurisdiction it was committed.

While issuance of a notice by the holder of a negotiable instrument is necessary, service thereof is also imperative. Only on a service of such notice and failure on the part of the accused to pay the demanded amount within a period of 15 days thereafter, commission of an completes. Giving of notice, therefore, cannot have any precedent over the service.

We cannot, as things stand today, be oblivious of the fact that a banking institution holding several cheques signed by the same borrower cannot only present the cheque for its encashment at four different places but also may serve notices from four different places so as to enable it to file four complaint cases at four different places. This only causes grave harassment to the accused. It is, therefore, necessary in a case of this nature to strike a balance between the right of the complainant and the right of an accused vis--vis the provisions of the Code of Criminal Procedure.

For the views we have taken it must be held that Delhi High Court has no jurisdiction to try the case. The appeal is allowed with the aforementioned observations and directions.