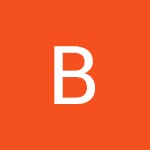 Greetings to all the experts.

What is the context for this query?

155. The credit of a witness may be impeached in the following ways by the adverse party, or, with the consent of the Court, by the party who calls him:-

(1) by the evidence of persons who testify that they, from their knowledge of the witness, believe him to be unworthy of credit;

(2) by proof that the witness has been bribed, or has accepted the offer of a bribe, or has received any other corrupt inducement to give his evidence;

(3) by proof of former statements inconsistent with any part of his evidence which is liable to be contradicted;

(4) when a man is prosecuted for rape or an attempt to ravish, it may be shown that the prosecutrix was of generally immoral character.

Explanation.–A witness declaring another witness to be unworthy of credit may not, upon his examination-in-chief, give reasons for his belief, but he may be asked his reasons in cross-examination, and the answers which he gives cannot be contradicted, though, if they are false, he may afterwards be charged with giving false evidence.

In civil cases, the fact that the character of any person concerned is such as to render probable or improbably any conduct imputed to him, is irrelevant except in so far as such character appears from facts otherwise relevant.

You should put all such questions to your professor/guide/ tutor as this platform is meant to help needy litigants and not for providing coaching.

According to the query that you have mentioned, let me brief you about sections 52 and 155 of the Indian Evidence Act 1872 (IEA).

Section 52 of IEA, provides that in civil cases, a fact pertaining to the character of an individual is not relevant. The character of a party cannot be used as a piece of evidence to manifest that conduct attributed to him is probable or improbable. Evidence of conduct not only delays the proceedings but also hampers and impairs the mind of the judge. However, it must be noted, that this section, refers to the character of parties to the suit, and not to the character of witnesses.

Section 155 of IEA enables the parties to give independent testimony as to the character of a witness in order to indicate that he is unworthy of belief by the court. It applies to both criminal and civil cases. The section indicates, four ways in which the credit of a witness, maybe impeached-

You can clearly see that section 52 and section 155 of IEA deal with different matters. Section 52 disallows character evidence in consider to subject matter of the suit. Whereas Section 155 dictates the manner of impeaching the credit of the witness. Hence, section 155 cannot be said as an exception to Section 52.