2. If it is not correct / where to escalate this issue. 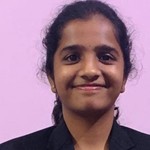 Hello Nithiselvan, I acknowledge your question. Under section 59 of the Factories Act, it is mentioned that where a worker works in a factory for more than 9 hours in any day or for more than 48 hours in any week, he/she shall, in respect of overtime work, be entitled to receive wages at the rate of twice his/her ordinary rate of wages.

In your case, there is no sign of overtime but, rather you can raise a complaint with respect to claims arising out of deductions from wages or delay in payment of wages and penalty for malicious or vexatious claims Under section 15 of Payment of wages act

(1) The appropriate Government may, by notification in the Official Gazette, appoint—

(a) any Commissioner for Workmen’s Compensation; or

(c) any officer of the State Government not below the rank of Assistant Labour Commissioner with at least two years’ experience; or

(d) a presiding officer of any Labour Court or Industrial Tribunal, constituted under the Industrial Disputes Act, 1947 (14 of 1947), or under any corresponding law relating to the investigation and settlement of industrial disputes in force in the State; or

(e) any other officer with experience as a Judge of a Civil Court or a Judicial Magistrate.

I hope I have answered your question.

Have a good day.

thank you for your valuble informations.

I agree that a worker can work 9/hrs per days or its should not exceed 48 hrs / week.

But a worker works 9 hrs/day for 6 days (a week). it comes around 54 hrs. it exceeds 48hrs. In this is case a worker can claim oertime pay?