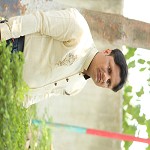 
Points: 32
can any one give any judgement regarding a already divorced wife can be legal representative in a suit for claiming compensation on account of the death of her ex husband in Road accident
Reply

I believe that there is no such judgment where a divorced wife being a legal representative can claim the compensation on account of her husband's accidental death.

The Nagpur bench of Bombay High Court in a significant case has held that a divorced wife could not be called a widow of her husband. A widow is a woman whose husband is dead and who has not married again. As long as marital ties remain intact and the man and women share a matrimonial relationship, they can be termed as husband and wife. On death or dissolution of marriage, the matrimonial relationship is severed. A divorcee is not a wife and hence she is not entitled to claim compensation after the death of her ex-husband in an accident.

In the case of Pramila And Ors. vs Sarvar Khan And Ors, the Madhya Pradesh High Court has observed that 'Legal representative' ordinarily means a person who in law represents the estate of a deceased person or a person on whom the estate devolves on the death of an individual.

Since a divorced wife has no relationship with her ex-husband, she cannot be termed as a legal representative and she has no right to claim compensation on account of her ex-husband's accidental death.

However, this restriction does not bar the right of the other claimants being legal representatives of the deceased. They can lawfully claim the compensation as a matter of right.