what are the essential elements of contract in contract act

Please search in google with those keywords and you can find in detail those essentials and with latest case laws and case studies. In simple sentence identity of minds on promise/commitment between sound persons for consideration and for a  possible, legal, promise of a doing one thing or not doing a thing is a contract..

instead of  use the Seach Engine in computer, buy a book and read... it will help you 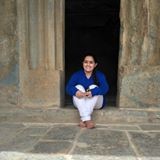 (a) when one person signifies to another his willingness to do or to abstain from doing anything , with a view to obtaining the assent of that other to such act or abstinence, he is said to make a proposal.

(b) when the person to who the proposal is made signifies his assent thereto,the proposal is said to be accepted.A proposal, when accepted, becames a promise.

3 Intention to create a legal relationship: There must be a clear intention among the parties that the agreement should be attached by legal consequences and create a legal obligation.

Agreements of a social or domestic nature do not contemplate a legal relationship, and as such, they do not give rise to a contract.

4 There should be a lawful consideration which is explained in the Section 2(d) in The Indian Contract Act, 1872

(d) When, at the desire of the promisor, the promisee or any other person has done or abstained from doing, or does or abstains from doing, or promises to do or to abstain from doing, something, such act or abstinence or promise is called a consideration for the promise.
In general worlds  A valuable Consideration in the sense of law may consist either in some Rights, Interest, Profit or Benefit accruing to one party or some forbearance detriment, loss or responsibility given, suffered or undertaken by the other.

5 Free consent- Free consent of the parties is another essential of the contract. section 14of the Act defined the term free consent as follows-