CODE OF CONDUCT FOR AN ADVOCATE

. No advertising or soliciting work
It is against an advocate's code of ethics to solicit or advertise work and amounts to a misconduct on the part of the advocate. Both direct and indirect advertising is prohibited. An advocate may not advertise his services through circulars, advertisements, touts, personal communication or interviews not warranted by personal relations. Similarly, the following forms of indirect advertising are prohibited:
(i) by issuing circulars or election manifestos by a lawyer with his name, profession and address printed on the manifestos, thereby appealing to the members of the profession practising in the lower courts who are in a position to recommend clients to counsel practising in the high court
(ii) canvassing for votes by touring in the province or sending out his clerk or agents to the various districts, which must necessarily mean directly approaching advocates practising in subordinate courts.

Further, the signboard or nameplate displayed by an advocate should be of reasonable size. It should not refer to details of an affiliated by the advocate ie that he is or has been president or member of a bar council or of any association, or he has been a Judge or an Advocate-General, or that he specialises in a particular kind of work, or that he is or was associated with any person or organisation or with any particular cause or matter.

. Not demand fees for training
An advocate is restrained from demanding any fees for imparting training to enable any person to qualify for enrolment.

. Not enter appearance without consent of the advocate already engaged
An advocate is prohibited from entering appearance in a case where there is already another advocate engaged for a party except with the consent of such advocate. However if such consent is not produced, the advocate must state the reasons for not producing it, and may appear subsequently, only with the permission of the court.

. Duty to opposite party
While conducting a case, a lawyer has a duty to be fair not only to his client but also to the court, and to the opposite party. An advocate for a party must communicate or negotiate with the other parties regarding the subject matter of controversy, only through the opposite party's advocate.

If an advocate has made any legitimate promises to the opposite party, he should fulfil the same, even if the promise was not reduced to writing or enforceable under the rules of the court. 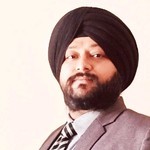