Can 498a filed when divorce case is running for a year

wanted to know, can false 498A case filed by wife when she is respondent in a divorce case which is running for a year now.

allegations from wife are different in divorce case and 498A case though period of stay is identical.

Yes it can be filed. It would be with the motive to speed up the divorce proceedings and for early settlement.

Dear Sam, a woman can file 498A with a divorce petition as divorce case are family matters which are civil in nature and 498A is a criminal offence. once in a similar case like this the magistarte of the family court at mumbai has ordered that the divorce case order will remain pendidng till the 498A case is not decide and the applicant Husband in divorce case got divorce after 10yrs of filing of case after the result was declared in the 498A case. the woman may say that to increase her allimony and she may withdraw that case. remember that a criminal case can never be withdrawn it has to fight and decidied by the court.
2 Like

Deepti Deshmukh is rightly explained, I am agree with her

won't the delayed filing of 498A looked as a act of revengue and cruelty to other party?

You have a very good ground for quashing the 498A...If 498a is filed after filing of the divorce case by the husband...it can be quashed...in the HC easily..

The grounds for quashing - she filed 498a to harass the husband more...since the husband has filed divorce..also that the allegations are different in both the complaints..your case becomes stronger...

There are various judements regarding the same..

Agreed that 498A has to be decided by the court...but it can also be quashed u/s482 of the CrPC..only by the HC

I would suggest you immediately file a quashing petition u.s482 of the CrpC in the high Court..and also pray for staying the 498a case in the lower court...

Staying the case is half battle won...even if you have one solid ground..the case will be stayed and notices will be served to your wife..she has to come and contest in the HC..

I am sure it can be quashed...Please get in touch with a good lawyer..

"If the prosecution succeeds in proving that the accused in the witness box deliberately made two statements which are so contradictory and irreconcilable with each other, that both cannot be possibly true, he can be convicted for perjury"

I Would also recommend filing an application u/s 340 of the CrPC aginst the wife...and see the dance...she I am sure she will come to a compromise..without any money...

DONT SIT BACK AND KEEP THINKING THAT SHE WILL TROUBLE ME AND TAKE AWAY ALL MY MONEY AND THAT THE COURT IS ALWAYS IN FAVOR THE THE WIFE...BULLSHIT...

She would surely need to explain delay but that would be during trial only.

And I disagree with Deepti, because both cases would run seperately, many HCs have refused to grant stay on divorce during pendency of 498a.

BOSS, I THINK WE ALL 498A FACING CHARGES MALES HAVE TO TAKE A CONCRETE EVEDINCE THAT WHY NOT WE FILE A COMPLAINT AGAINST OUR BELOVED WIFES IN 498A THAT "GIVING DOWRY IS ALSO CRIME" THEIR ARE SO MANY JUGMENTS AND WONDERFUL WEBSITES WHICH I CAN SEE THE SAME, WE HAVE TO DO SOME THING TO BREAK THE FALSE CHARGES OF 498A UPON US ,

CAN ANY ONE SUGGEST VERY SERIOUSLY STRONGLY THAT WE SHOULD ALSO SUE OUR BELOVED WIFES AND SEND TO PRISON FOR ATLEAST A DAY. AS THEY CAN REALISE THE SAME WHAT IS 498A 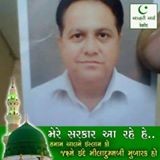 we are sunny muslim My son wife filed against us 498a   before four month ago she gave us legal notice by his lawyer in writing that she  stated in  the lawyer notice that  she was divorced by talaq orally  by my son in witness of her brother and notice copy sent to usby RPAD after accepeted in her lawyer notice that she was  talaq (Diovorced). After four month of this legal noticeof talaq  she was filed against us 498a after four month

our case is pending in taluka court

Now please give advice for what we can do under thismatter