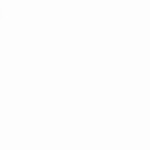 Person has completed LLB degree and had a FIR pending.  bar council asked to clear or quash then only he can get enrollment.  As long as a case dragging on one will be innocent till judgement. Also he fight againt corruption thats the reason for fir.. experts pls suggest solution for this. Thank you all.

File w.p. against bar council to enroll your name in bar .

You can file Discharge application is the remedy provided to the person who has been charged maliciously. If the false allegations have been made against him, he can file an application for discharge. He is entitled to acquittal if the evidence provided to the court is not sufficient to prove the offence.

What are the charges framed and whether it amounts to disqualification for enrolment in Bar Council as provided in Section 24 (A) of Advocates Act, 1961 which reads as:

Section 24A : Disqualification for enrolment

(1) No person shall be admitted as an advocate on a State roll:

(a) if he is convicted of an offence involving moral turpitude;

(b) if he is convicted of an offence under the provisions of the Untouchability (Offences) Act, 1955;

(c) if he is dismissed or removed from employment or office under the State on any charge involving moral turpitude.

Explanation: In this clause, the expression "State" shall have the meaning assigned to it under Article 12 of the Constitution:

Sir the accused person is A3 and its a counter case number .31/2018.  He will not come under this Section 24A : Disqualification for enrolment.

The I.O by getting bribe wantedly add as A3 in counter case. Also the.  complaintant 30/2018 (A1 in counter case 31/2018) filed a writ in highcourt when some names removed in fir by IO by alteration report. Also writ prayer allowed. Proceedings have to be completed within six months as per order. But 16 months passed.

In this situation how can he find a way for enrollment.  Pls post your suggestions sir

If otherwise eligible, a pending criminal case case does not entitle a Law Graduate from being enrolled as an advocate.