1) I had borrowed Home loan of 8 lacs for 3 years under PMAY CLSS (MIG-1) scheme from ICICI Green park branch processed in Sep 2017.(Under the scheme,applicant had to submit a subsidy form along with main home loan application form to the ICICI bank representative for further submission of subsidy form to NHB, in order to processing of subsidy to Borrower home loan account directly from NHB end as per the PMAY CLSS guidelines)

2) As per Rule and guidelines, The PMAY CLSS subsidy form was filled and submitted by me along with the main Home loan application to ICICI bank Green park ,new delhi ,on which basis the Loan was Sanctioned,and she had ensured me to submit the Subsidy form to NHB within 3 months of 1st Disbursement(i.e Happened in Oct 2017),so that the Subsidy can be credited to the Home loan account and principal amount could be reduced accordingly and interest would be charged on balance principal(reduced amount),but even after 36 months of sanctioning the loan and all the 3 disbursements, bank has not submitted the subsidy form to NHB and due to which I am liable to pay Emi interest on whole sum and suffered financially a lot till now.(several mail correspondences made for the issue from concern team to the top management including ICICI Ombudsman are available for reference). also bank is charging only Pre EMi(Interest) since then till date instead of  charging EMI(Principal+Interest).

3) The matter escalated to the senior level of ICICI bank where different information shared with me every time,even Senior desk says on mail that the Loan tenure is less.i.e 36 months and should be at least 48 months for processing of subsidy,which is neither mentioned in PMAY CLSS scheme guidelines drafted by Ministry of Urban Housing nor In ICICI bank guidelines at all ,no where in PMAY CLSS guidelines it is mentioned also ICICI ombudsman has not confirmed any time line on the submission of form to NHB while escalated the matter for the delay and resolution of the matter, while ICICI Ombudsman states that I am eligible for Subsidy and no need to increase Loan tenure.

If the loan tenure is less i.e 36 months them why ICICI bank issued sanction letter in Sep 2017 by writing the Facility type as PMAY CLSS in the beginning itself  and should have informed me clearly before processing my homeloan application and sanctioning the amount,as it is clearly mentioned that the loan tenure is 36 months and the Facility type is PMAY CLSS in my sanction letter since beginning which is issued by ICICI itself.

Also bank is charging higher rate of interest,though i had chosen Floating type rate of interest in which Customer gets direct benefit when RBI cuts Repo rate and provide benefits to the bank so that the benefit can be pass to the end user. now ICICI assest branch MP nagar bhopal asking for 1200+ 18% GST charges to link my current rate with repo rate when chased and followup by me, though it is banks duty to inform their customer to make them beneficiary of RBI relaxations if provided by RBI time to time.

It is the clear cut case of negligence in service and fraud by keeping customer in dark about my subsidy form and taking undue benefit from me by charging Pre emi( Only interest part on Borrowed loan) and even not started the EMI (Interest + Principal amount )til date,even after 36 months from 1st disbursement and more than 24 months from last disbursement.

I have never ever defaulted even a SINGLE Pre EMI being charged by bank so far at even higher rate ,but since I am no more working for last 2 years so it is now becoming extremely difficult and cumbersome to pay the Pre EMIs being charged by bank keeping me in dark. Shared my financial crises with ICICI asset team and Requested several times to submit the subsidy form or clearly say that ICICI will not submit the form to NHB.

I am suffering financially and mentally a lot because of this situation. A lot of customers are suffering like me who borrowed home loan from the branch.

i also warned them about the matter that could be turned into legal if not sorted from their end ,but still no appropriate action taken from their end even ICICI Ombudsman replied in Mar 2020 that my Subsidy form have been internally assessed and ready for submission, though Senior desk replied in Feb 2020)  that I am not eligible as loan tenure is 36 months and should be 48 months and suggested me to approach the nearest asset branch to increase the Loan tenure, which is nowhere mentioned neither in PMAY CLSS guidelines nor in Banking rules and regulations.

Recently Senior desk,shared a mail apologizing for the inconvenience caused to me and suggested to visit nearest branch for the same when matter reached to top mgmt of ICICI bank ,but not suggested resolution for PRE emi charged in last 3 years.

I am looking for a Lawyer experienced in Banking dispute resolution case/ Advocate worked for any Bank to take forward my case. 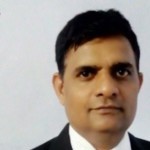