The Constitution (118th Amendment Bill), 2012, inserting Article- 371 (J), conferring special developmental status to six districts of Hyderabad-Karnataka region, was introduced on the 7th of September, 2012, and was subsequently passed on the 17th of December, 2012. The aforesaid districts that are to benefit under Article- 371 (J) are: Bidar, Gulbarga, Yadgir, Koppal, Raichur and Bellary, in the State of Karnataka.

The criteria chosen for including the said six districts, is their alarming disparity, with respect to their developmental index, in comparison with the rest of the districts in the State of Karnataka, and also because the regions they currently cover were, in the past, coming under the erstwhile Hyderabad-Karnataka region. But no, not really perfect as to the latter, since Bellary district came under erstwhile State of Madras.

Coming to the crux of the matter, even though Bijapur district, in northern Karnataka, covers areas which came under erstwhile Hyderabad-Karnataka region, it has not been included in the list of districts benefitting from Article- 371 (J). Making matters worse, it is by far the most under-developed district in the whole of the State of Karnataka. All the efforts towards getting Bijapur included in the list supra by one, Shri. M. M. Sajjan of Muddebihal, have gone in vain, since the constitutional bill has been passed.

However, is there a legislative procedure to amend, vary or modify 'article-371 (J)', to include the district of Bijapur?

What is the legislative provision under which an 'article' in the Constitution of India, can be varied or modified? 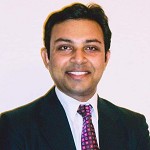 Dear Mr Boffa - the discrimination highlighted by you in the State is a violation of Article 14 (Equality among equals).. Any Constitutional amendment has to go thru the Article 368 of the Constitution of India for any modification and then Art 368 (2) to be presented to to State Legislature and passed by One Half.. Not otherwise.

Art -14 establishes that no two individual will be unduly discriminated, under any State law - unless there exists circumstances which makes two individual similarly placed unequal..

Kindly check the resolution and object and reasons of the said Modifications so made in the Art 371 (j) - if the reasons sited are what ur observation is then it's a fit case for a PIL..