Can an advocate share the details of clients with the client’s family or friends without his consent? If no, can the client complain against him, and what is the procedure of the same?

it's privileged conversation ..
clients can file complaint for breach of trust

It is very important for all of us to understand that advocates/Lawyers/Barristers are not just mere professionals but are also Officers to the Courts of Law and thus, play a crucial role within the judicial administration.
There are a several number of rules and guidelines laid down that regulate the professional standards of an advocate.
All of these rules and regulations are mentioned in Chapter II, Part VI of the Bar Council of India Rules and are also commonly known as "BCI Rules".

One of such rule regulates the relationship between an advocate or legal practitioner and his/her client. The rule states that - "An advocate should not by any means, directly or indirectly, disclose the communications made by his client to him. He also shall not disclose the advice given by him in the proceedings."

Although, any such communication between an advocate and his/her client is liable to be disclose if it is of such a nature that it violates the Section 126 of the Indian Evidence Act, 1872.

I've laid down the requisite section down below for your reference, do have a look at it.
Section 126 of the Indian Evidence Act, 1872 deals with "Professional communications"

Provided that nothing in this section shall protect from disclosure—
(1) Any such communication made in furtherance of any 1[illegal] purpose; 2[illegal] purpose;"
(2) Any fact observed by any barrister, pleader, attorney or vakil, in the course of his employment as such, showing that any crime or fraud has been committed since the commencement of his employment. It is immaterial whether the attention of such barrister, 2[pleader], attorney or vakil was or was not directed to such fact by or on behalf of his client.

Hope the information provided above clears your doubts and give you a clear picture about responsibilities of Legal Practitioners. 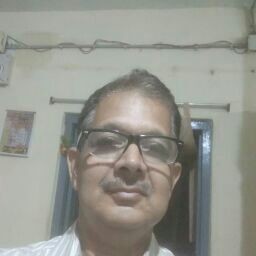 Bar Council is the statutory authority in such matters of conduct against advocates under Advocates Act.