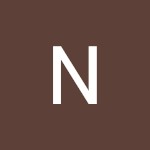 
Points: 72
Under what circumstances can Habeas Corpus be issued in India? Can it be issued if ANY right is violated? How does Habeas Corpus, or any writ help a private or public individual?
Reply

The Writ Jurisdiction of Supreme Court can be conjured under Article 32 of the Constitution for the infringement of central rights ensured under Part – III of the Constitution. Any procurement in any Constitution for Fundamental Rights is negligible unless there are satisfactory shields to guarantee requirement of such procurements. Since the truth of such rights is tried just through the legal, the protections expect much more significance. Moreover, implementation additionally relies on the level of autonomy of the Judiciary and the accessibility of applicable instruments with the official power. Indian Constitution, as the greater part of Western Constitutions, sets out certain procurements to guarantee the authorization of Fundamental Rights. These are as under:

(b) Likewise, the Judiciary has the ability to issue the privilege writs. These are the additional standard cures given to the residents to get their rights upheld against any power in the State. These writs are – Habeas corpus, Mandamus, Prohibition, Certiorari and Quo-warranto. Both, High Courts and the Supreme Court may issue the writs.

The alleviation can likewise not be denied on the ground that the debated certainties must be examined or some confirmation must be gathered. Regardless of the fact that a distressed individual has not requested a specific Writ, the Supreme Court, in the wake of considering the truths and circumstances, may give the fitting Writ and may even change it to suit the exigencies of the case. Regularly, just the oppressed individual is permitted to move the Court. In any case, it has been held by the Supreme Court that in social or open interest matters, any one may move the Court. A Public Interest Litigation can be recorded in the witness of the Supreme Court under Article 32 of the Constitution or in the witness of the High Court of a State under Article 226 of the Constitution under their particular Writ Jurisdictions.

The word habeas corpus literally means to have a body. A writ of habeas corpus is in the nature of an order upon the person who has detained another to produce the latter before the court, in order to let the court know on what ground he has been confined and set him free if there is no legal justification for the imprisonment.

The writ was regarded in England as a foundation of human freedom and British citizen insisted upon this privilege wherever he went whether for business or colonization. This is how it founded a place in the constitution of the United States when the British colonies in America won their independence and established a new state under the U.S. Constitution. In India the power to issue a writ of habeas corpus is vested only in the Supreme Court and the High Court.

Habeas corpus is the writ which was visualized as an effective means to provide a quick remedy to a person who has lost his personal liberty without any legal justification. Therefore, it cannot be used for complaining against past illegal detention. But the Supreme Court in India has expanded its dimension and compensation is being paid not only for past illegal detention but also for loss of life. Initially, the state was asked to pay special cost to the prisoner.

This happened in Rudul Shah v. state of Bihar. But now the payments are ordered to be given as compensation. This is probably done for the reason that in a regular civil suit for damages for false imprisonment, the state may successfully put the defence of Sovereign immunity.

Detention should not contravene Article 22, as for example, a person who is not produced before a magistrate within 24 hours of his detention is entitled to be released. The power of detention vested in an authority, if exceeded, abused or exercised mala fide makes the detention unlawful. Article 21 of the Constitution having declared that no person shall be deprived of life and liberty except in accordance with the procedure established by law, a machinery was needed to examine the question of illegal detention with utmost promptitude. The writ of habeas corpus has been described as a writ of right is grantable ex debito justitae.

When physical restraint is put upon a person under a law there is no right to habeas corpus unless the law is unconstitutional or the order is ultra vires the statute.

Diverse measurements of the writ of Habeas Corpus

Couple of essential perspectives identifying with this writ of habeas corpus are:

Further Article 22 oversees the strategy for preventive detainment, and one and only enquiry is should have been remembered i.e. as to adherence to law prerequisites. Parliament is enabled to sanction a law of preventive confinement for reasons associated with:

In any case, there might screen of such detainment by the method for the procedure of legal audit.

When Habeas Corpus May Lie

The writ of habeas corpus is available as a remedy in all cases of wrongful deprivation of personal liberty. It is a process for securing the liberty of the subjects by affording an effective means of immediate release from unlawful or unjustifiable detention, whether in prison or in private custody. The Constitution confers ample powers on the Supreme Court and all High Courts in the matter of issue of a writ of habeas corpus.

When Habeas Corpus Does Not Lie

In the following cases, a writ of habeas corpus will not lie and will be refused by a court:

Whether Writ Lies In National Emergency

A National Emergency made be declared under Article 352 of the Constitution. Prior to 1978, i.e. before the 44th Amendment, the president could suspend and fundamental right including the right of personal liberty (Article 21).

When Article 21, was so suspended, it was held in Addl. District Magistrate, Jabalpur v. Shukla, that an order of preventive detention could not be challenged even if it violated the parent Act (i.e, the Act relating to preventive detention). The 44th Amendment, 1978, has provided that Article 21, relating to personal liberty cannot be suspended even during an emergency. In this way personal liberty has been strengthened and the writ of habeas corpus retains its potency even during an emergency.

Nisi means Unless. At the first hearing of an application for a writ of habeas corpus, if the court is prima facie satisfied that the prayer deserves to be granted, it may issue rule nisi and call upon the person or authority against whom such writ is sought on a returnable day to show cause as to why rule should not be made absolute and he prisoner should not be released from detention or confinement.

When the topic of whether standard of res judicata applies if there should arise an occurrence of writ request of habeas corpus, it was held that, So far as Indian Law is concerned, it is genuinely all around settled that no second appeal to for a writ of habeas corpus on the same grounds is viable if a prior appeal is released by the court.

It is well settled that strict rules of pleadings do not apply to an application for a writ of habeas corpus. The Supreme Court as also High Court have consistently shown great anxiety of personal liberty and have never refused to grant relief to the applicant merely on the ground of imperfect pleading.