how to control risk and reap the rewards from your investmen 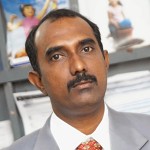 “There is no gain without pain” is a common adage which many people believe in. Perhaps the gains which they have attained in the various spheres of life have been consistently greater than the proportion of risk and pain taken.

So what is it about ‘risk’? How does one identify risks beforehand and what measures do they take to safeguard themselves against such risks? While these questions are true for all aspects of our lives, for a serious investor ‘risk’ and its connotations acquire a high level of significance.

Let us try to define ‘risk’.

The Merriam-Webster dictionary defines risk simply as “the possibility that something bad or unpleasant will happen”.

The business dictionary defines it as “A probability or threat of damage, injury, liability, loss or negative occurrences that are caused by external or internal vulnerabilities, which may be avoided through preemptive action”. Now, that is quite a comprehensive definition and it gives a fair perception of risk.

An investor will perhaps like to substitute the word ‘avoided’ with ‘minimized’ in the definition above as market risks are an inherent part of the investor’s world.

Understanding Risk is a lesson which every investor needs to learn. An investor attracts risk when they invest in stocks whose prices are above their intrinsic value. It is a certain move towards uncertainty and the probability of incurring loss due to capital erosion is a distinct possibility.

There exists a feeling amongst a section of investors’ that by taking more risks they gain more. This is nothing but a myth and has been proved historically and mathematically time and again. If the premise that greater risks leads to greater return would be true, then the element of risk would not exist and investors would be assured of good returns.

Investors often go ahead with a supposedly high-risk investment knowing well that they are treading on a treacherous path. Sometimes such investments do fetch handsome gains. They try to make a point that their dalliance with the risk factor helped them come up trumps.

For others watching from the sidelines, this move may be translated as courage and exceptional foresight, but what would happen if the investor touched a trough and lost everything instead of scaling the crest? It has to be understood that by shouldering undue risks the investor is only making his position vulnerable.

Unpredictability of the future is a cardinal truth. More often than not our perception regarding the worst scenario may be surpassed and this is usually what occurs. Very few people can actually understand and predict the future correctly on a consistent basis. The ability to assess how high a stock is priced above its intrinsic value is the key to understanding risk.

Risks in the market are similar to winds in a storm. When the storm grows more fierce the wind speed increases causing more devastation. Risks, are no different, when the market rises, after a point, turbulence brews due to the occurrence of greater imbalances. This leads to a situation which is unpredictable and can cause the market to crash. The upheaval comes to a rest with the setting in of a recession.

The natural corollary to ‘understanding risk’ is ‘recognizing risk’. If people become very risk averse they will not pay heed to any warning or take cognizance of any perception of fear. It becomes a situation where “fools rush in where angels fear to tread” and they become tempted to purchase investments at high P/E multiples and wafer-thin spreads, depending on the class of asset.

Howard Marks has an interesting observation to make, he states that “The degree of risk present in the market derives from the behavior of the participants, not from the securities, strategies, and institutions. Regardless of what’s designed into market structures, risks will be low if investors behave prudently”.

It naturally follows that a financial climate which is healthy and safe will be characterized by risk aversion, skepticism, distrust, agnostic views, worry and awareness of the attitudes and behavior of its participants’.

The market cycle turns vicious as the demand for risky assets increases which in turn leads to a reduction in rates and yields. Investors who strive for greater returns in shorter periods bring more risk upon themselves.

When fixed return instruments begin to offer lower yields, investors get attracted to the capital market seeking to achieve commensurate or greater returns thus raising the risk bar a few notches higher. It needs to be remembered that this is not a market in which we operate but a market which operates because of us.

An ideal situation is one where all investors recognize risk and are averse to blind riskper se. This cuts out the aberrations which might otherwise crop up and the element of risk is mitigated.

Loss is the consequence of taking undue risks. The transformation of ‘risk’ into ‘loss’ occurs only when a catalyst acts upon risk and coverts it onto a loss. A parasite by itself might not cause damage but when it resides inside the body of a person and acts upon it, disease is caused.

Ability to control risks is what differentiates between a seasoned and a naïve investor. Positioning investments in a manner which negates or mitigates the risk element is the hallmark of a smart investor. It is very important for investors to be aware of two things which can prove to be effective safeguards against undue risk:

This will result in making an objective assessment of risk factors associated with an investment and investing according to it. While an investor would definitely be congratulated during gloomy economic times, for investing in safe avenues like bonds and debt funds, a serious investor would want to have a larger pie and this is where the lessons on risk control can yield good results.

So at the end of the day here is what an average investor can do to avoid the pitfalls associated with too much risk:

The above steps practiced diligently will help you control the risk and reap the reward from your investments.

The author is Ramalingam K, CFP CM is the Chief Financial Planner at holisticinvestment.in, a leading Financial Planning and Wealth Management company

Risk is always there where rewards are high. High risk, high return. You can start investing in websites like resumesplanet or affiliate marketing reviews, you'll get best possible results with less investment.

The brief post by ramalingam on controlling risk is very informative. The professional essay writers are providing good services online. For the affordable essay writing services the https://edubirdie.net/write-to-support is the best source. The steps to control links are explained briefly by ramalingam.