I was divorced in January 2005 and have a child aged 10 now (he was 1.5 then). Although visitation rights were granted, the father has not exercised them and we have no contact since. I have no idea where he is as he moved out of the city where I was residing at that time. After a few years, I moved back to my home city.

Is it possible for me to get sole custody? I still have no idea of his whereabouts. If I do not get sole custody, then my son will have to wait till he is 18 to be able to apply on his own. Please help with your legal advice! 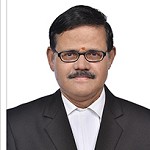 The Officials of Passport Office should  aware that when once  a women has taken divorce from her husband through a court of law long back, how it could be possible to get her husband's signature on the required documents, now.  If really,  you know your husband's whereabouts and if you once request him to sign, how he accept it at this movement. So better to furnish your order copy of  "decree of divorce" and request them accordingly. It can be possible, if you submit it. If you once go through your divorce deed, there is a chance of mentioning your kid's custody, by the court. That will help you

It's a rule that passport has to be issued on basis of the sworn affidavit.  What reason are they giving for refusal?

Advocate Mr. Chandrasekaran has rightly opined and advised you a proper course of action.  If you are not sure of his father's address, you my file a petition before court under Guardian and Wards Act seeking its order to appoint you as the sole custodian/guardian of the child  for the purpose of obtaining passport or a declaration suit to declare you as the sole custodian of your child.  Your husband with his last known address may be impleaded as respondent/defendant in the said case, if the notice/summon issued to him by the court is returned stating no such addressee/addressee left, you may file a petition under Order 5 Rule 20 for substituted service of summon i.e., seeking to serve the notice by publishing  the same   in a leading daily newspaper, after which obtain an exparte decree/order and produce the certified copy of such order to the passport authority to obtain your son's passport.

Thank you for all your responses. The only address is the one mentioned in the divorce decree. I have submitted all these documents--the divorce decree and the Annexure G (stipulated Passport Office format for the affidavit), but still they refuse to accept it. They have not given this in writing, but in my last RTI, the response was:

Please find enclosed response in this regard as follows:
Fathers consent in the form of Ann H and his passport or sole custody order from the court regarding the child as visitation right mentioned in the divorce decree

hi have u obtained the passport of minor yet?? best of luck dear