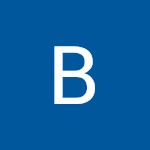 A person makes a three storey house in plotted colony in the year  2006-7. Obviously he has to build all four walls. He also used 9 inches area of his neighbours plot,call it person B.  B makes house in 2021 and  does not use the common wall for any load bearing activity ,but leaves entire area along the common wal as open car park. So he has practically not used any part of the wall built by A. He may have white washed it and spent money on it. Is A authorised to claim 50 % of the wall expenses in such case from B?. B says he would have built wall only upto 6 feet as his boundary wall. Should A claim cost of his three storey building which stands on this wall, should he claim cost of 6 feet wall only. A has raised bill for entire three storey wall. What could be the legal side of it. Is any ruling in such cases ,if so under what Act or Rule ?

As per me, construction of 3 storey wall is not permissible so he cannot claim 50% of the construction expenses of the wall. I suggest you amicably settle the issue with your neighbour.

Under the building bye-laws in India, directions are laid down with respect to the following aspects of construction: