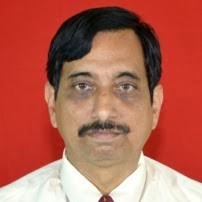 Selling of an undivided property without partition

After getting preliminary decree from the court and applied for final decree by Plaintiff,if the undivided property sold to promoters before Surveyor submitted the report to court by Plaintiff then what is status of final decree case.
2.How Section 11 of Prejudicata and TP 52 related to such cases.
3 If Court dismissed the Final decree case based on above sell of property since Plaintiff list his title of the property,can a review petition be considered by the court in this case.

undivided property can be sold

As per my opinion, if plaintiff sold the property in breach of any interim court order then it will be good ground to challenge the judgment before higher court in appeal.

What do you mean by ".How Section 11 of Prejudicata and TP 52 related to such cases." ?

Final decree is yet to passed in the case, accordingly there is unspecified, undemarcated and collective title as well as possession of the property as held in preliminary decree.

Any part of undevided property sold can be assailed by any of the shareholder.

Section 11 in The Transfer of Property Act, 1882 reads as under:

Where, on a transfer of property, an interest therein is created absolutely in favour of any person, but the terms of the transfer direct that such interest shall be applied or enjoyed by him in a particular manner, he shall be entitled to receive and dispose of such interest as if there were no such direction.

Where any such direction has been made in respect of one piece of immoveable property for the purpose of securing the beneficial enjoyment of another piece of such property, nothing in this section shall be deemed to affect any right which the transferor may have to enforce such direction or any remedy which he may have in respect of a breach thereof.

Section 52 in The Transfer of Property Act, 1882 restrains transfer of property lis pendence which reads as:

During the 1[pendency] in any Court having authority within the limits of India excluding the State of Jammu and Kashmir or established beyond such limits by 4[the Central Government of any suit or proceedings which is not collusive and in which any right to immoveable property is directly and specifically in question, the property cannot be transferred or otherwise dealt with by any party to the suit or proceeding so as to affect the rights of any other party thereto under any decree or order which may be made therein, except under the authority of the Court and on such terms as it may impose.

Explanation.—For the purposes of this section, the pendency of a suit or proceeding shall be deemed to commence from the date of the presentation of the plaint or the institution of the proceeding in a Court of competent jurisdiction, and to continue until the suit or proceeding has been disposed of by a final decree or order and complete satisfaction or discharge of such decree or order has been obtained, or has become unobtainable by reason of the expiration of any period of limitation prescribed for the execution thereof by any law for the time being in force.