Mother died first, father died later (a partition was done in village panchayat while father and mother were alive dividing ancestral property among Father and 2 sons but not registered hence I believe it has no validity in the eyes of law).

I believe when the Father died it is considered as dying intestate.

All the daughters and sons were married prior to 1989 (the year in which equal property rights for women were allowed in Tamil Nadu).

1. What is the proportion of property rights for each of the 2 sons and 3 daughters if the father died intestate (no surviving wife)?

2. What does the Indian succession act of 1956 confer for each of legal heirs? Does it force equal partition of property among the heirs (assuming Class I consisting only 2 son and 3 daughters) of Hindu family?

Equal share of all of you brothers and sisters

This appears to contradict the fact that equal property rights were awared only with the amendment done in 2005 (though a state like TN had its own law effective 1989).


The majority of the interpretation I seem to get is that per the 1956 section-6 the property would be divided into 3 equal parts and each of the sons would get 1/3 share and the father's share of 1/3 will again be equally divided among all the heirs. So as per this method of division each son would be getting 6/15 and each daughter should be getting 1/15.

If there is any contradictory opinion please quote the law references.

a couple got married on april 1975 at auragabad acc to hindu rites got seperated because husband was illtreating the wife on july 10 1980 in jan 1981 husband came to knw that wife gave birth to  a girl. thn husband got married to another women and had two children thn the husband filed income tax returns as a joint hindu family property and the property was inherited by his father.the daugher from earlier marriage married to a muslim on 1 jan 2006on jan 1 2007 she sent  the notice to her father claiming a share in joint hindu family property.the father refrain from accepting her as her daugher the daughter requested for dna testing to which the father refused as a result the case went in favour of daugher and granted a share in coparcencer share to which the father challenged before bombay high court of bombay the decision of bench at aurangabad 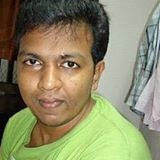 Points: 2
My mother got married in 1984 and expired in 1989 shall I have a legal rights in asset of my mother side grand father assets
Reply