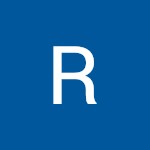 Hi, I am a h4 husband. My wife has h1 visa and she started divorce proceedings on me and moved out with kids to her sister's place in usa. I am not able to reach her by any means. I had to leave the country due to jobless for 5 months and I am in india now. I am looking for options to see my daughters. My wife is not allowing that to happen. Her attorney is just favoring her with reasons such as minor children and temporary agreement with sole custody of children. I am in a helpless state in india. All I want is see my kids now. Divorce petition is not served to me. What are all the options I have to see my daughters in usa. Any advice would be appreciated.

If marriage was solemnized in India as per Hindu Law then the divorce filed by her in the USA can be a challenge based on the jurisdiction as per section 13 of CPC.

(a) where it has not been pronounced by a Court of competent jurisdiction;

(b) where it has not been given on the merits of the case;

1[India] in cases in which such law is applicable;

(d) where the proceedings in which the judgment was obtained are opposed to natural justice;

(e) where it has been obtained by fraud;

(f) where it sustains a claim founded on a breach of any law in force in 1[India].