This is sunny from Thane.

The issue is regarding illegal entries in the 7/12 extract by the land records office.

The property is located in Mumbai Suburb and the cts no is XYZ and total area is 500 sq metre,when i check the property card its in the name of Qadir and Shah(Root

Owner),they both expired  and none of the legal heirs claim the property.

In the year 2003 suddenly two of the female name anita and sunita who reside in that particular area send a application to the land records and their names appeared in the 7/12 extract.

according to the land revenue code 1966,section 149 acquisition of the right to be reported based on the registered documents.

The land records OFFICE  has made an illegal entries without any registered sale deed agreement between qadir,shah(root owners) and anita and sunita (new owners).

In the year 2015 anita has expired and now her daughter name sunita has been put up in the 7/12 as a successor without any WILL,noc from legal heirs,gift deed etc.

but why the land records has put up the names of the anita and sunita without any registered sale deed agreement in the year 2003????

i want to remove all the names in the 7/12  which are presently and past were the owners and want to get back the names of the root owners name qadir and shah which are expired.

qadir is muslim and according to the muslim law 1/3 of the property can be given to non hindu through consent of his(qadir)legal heirs and remaining 67% will be distributed by qadir legal heirs.

without any registered sale deed agreement between the root owners and new owners ,how can the land record office put the names of the new owners in the 7/12?????

please check the below court orders

Mutation entry can not made on the basis of unregistered document

All these questions framed by this Court at the time of admission can conveniently be disposed of simultaneously. Section 17 of the Indian Registration Act provides that if some tangible immovable property worth less than Rs. 100.00 (Rupees One Hundred only) is sold and delivery of possession is also effected, then, such sale, on delivery of possession, would be complete. The law provides that if any tangible immovable property worth Rs. 100.00 (Rupees One Hundred only) or more is sought to be transferred or alienated, then, such transfer is required on proper stamp and is required to be registered also. Consequence of non-registration is shown under Section 49 of the Indian Registration Act. Section 49 clearly provides that in a case where document, which under the law, was required to be registered, if is not registered, then, the same would not be admitted in evidence, except for collateral purpose. If a document is not admissible in evidence and cannot be relied upon, nor does convey title in the law, then, on the basis of such document, an entry could not be made in the revenue record. In the revenue record, entry can be made only if some legal document conveys title in favour of the purchaser or, person aspiring for entry in his favour has obtained right under some revenue laws. In the present case, on the basis of an unregistered sale, which admittedly was oral one, an entry in favour of the defendant could not be made.

1) To enter any name in record of right you must have registered document proving ownership of that property.

2) Add or remove name is right of SRO by considering registered document. If u alleged that concern persons name should be removed then you MUST have valid legal document to claim ur right.

3) Consider muslim personal law of inheritance for entering name in the record of right.

2) Qadir and Shah both names where on land record

3) two of the female name anita and sunita  entered their names in Property Card ? Whether they enter the name as legal heir according to Personal law / Whether they purchased the property ? This question you have not made clear or you yourself not 100% sure

4) To get proper ans. to all your matter 1) Take Print out of Property card 2) Under RTI apply " I want zerox copy of Self Index file of CTS NO.______ " . Whenever they call you go there any you will get entire zerox of Self Index file then matter will be clear.

6) What is your locus standing on Property ?

7) Hiearchy of appeal is as follows

Provided in no case the number of appeals shall exceeds two.

8) You have to file  Appeal to Supritendent of Land Record , If order is passed by Districit Inspector of Land Record (City Survey Officer).    But you require locus standing on Land. 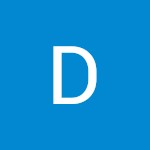 Hi... I  have Entered into agreement to sale with the seller having Bank loan on the said property.

I have received no objection certificate from the bank for the purchase of Property.

My doubt is can I enter my name in 7/12 with Agreement to sale document and Bank NOC? My sale deed is yet to be excute.