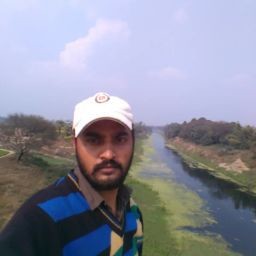 How to write an application for bail

on what ground bail is granted

As per your query it is understood that you need information regarding the bail application and on what grounds bail can be granted.

There are commonly three types of bail in India:

Regular bail- A regular bail is generally granted to a person who has been arrested or is in police custody. A bail application can be filed for the regular bail under section 437 and 439 of CrPC.

Interim bail- This type of bail is granted for a short period of time and it is granted before the hearing for the grant of regular bail or anticipatory bail.

Conditions For Grant of Bail In Bailable Offences

Section 436 of Code of Criminal Procedure, 1973, lays down that a person accused of bailable offence under IPC can be granted bail.

1.    There are sufficient reasons to believe that the accused has not committed the offence.

2.    There is sufficient reason to conduct further enquiry in the matter.

3.    The person is not accused of any offence punishable with death, life imprisonment or imprisonment up to 10 years.

Conditions For Grant of Bail In Non-Bailable Offences

1.    If the accused is a woman or a child, bail can be granted in a non-bailable offence.

2.    If there is lack of evidence then bail in non-Bailable offences can be granted.

3.    If there is delay in lodging FIR by the complainant, bail may be granted.

Court has the power to cancel the bail even at a later stage. This power is laid upon the court under section 437(5) and 439(2) of the CrPC. The court can cancel the bail granted by it and give directions to the police officer to arrest the person and keep in police custody.

The Supreme Court has adumbrated in Dolat Ram's case the following situations as supervening factors that may justify the cancellation of the bail:

1.    Interference or attempt to interfere with the due course of administration of justice;

2.    Evasion or attempt to evade the due course of justice;

3.    Abuse of the concession granted to the accused;

4.    Possibility of the accused absconding;

6.    Likelihood of the accused tampering with the evidence or threatening witnesses;

7.    Other supervening circumstances, which have rendered it no longer conducive to a fair trial to allow the accused to retain his freedom by being on bail.

As per the concerned query!

(b) Reasonable apprehensions of the witnesses being tampered with or the apprehension of there being a threat for the complainant should also weigh with the Court in the matter of grant of bail.

(c) While it is not acceptable to have the entire evidence establishing the guilt of the accused beyond reasonable doubt but there ought always to be a prima facie satisfaction of the Court in support of the charge.

(d) The court must examine whether the chances of the accused is absconding? If yes, then bail will not grant. It is necessary to check the past conduct or antecedent.

(e) The need for the accused to be in custody for interrogation.

f) The socio-economic condition of the accused per se cannot be ground for granting bail or denying but that can be an important case to determine whether the accused influence the witnesses or evidence.

It is better to avoid giving examination