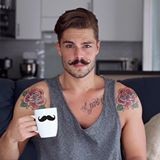 I was appointed as Excise Inspector, Government of Punjab, on 10th July 2017. In my appointment letter, it was written that Group B, departmental rules and Punjab Civil service rules & General service conditions rules will be applicable on my service, and it is a permanent recruitment.

I had explained to various officers at Head office about these bogus complaints, but noone listened.

Note: My ACR is written as Very good by department, No show cause notice or any other notice is issued to me.

Rule 7 of Punjab Civil services(general services rules) 1994, deals with PROBATION. Rule 7.3.b states that if his work or conduct has not been, in its opinion, satisfactory or if failed to pass the departmental examination, if any, specified in the service rules--

But this order of extension of probation period is direct violation of Law of Natural Justice. I have read various supereme court and high court judgements, but didn't find any relating to my problem.

Can I take any legal remedy from judiciary?

given facts indicate that there is no chargesheet against you.  please clarify.