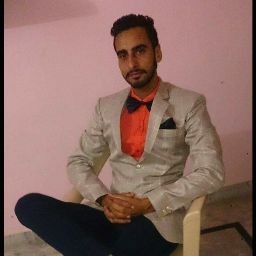 As per me if section is added in that case person can be again send to custody for investigation.

In my opinion, if new charges are added into the case of serious nature , the court can cancel the bail and arrest the person or take him into custody.

Under Section 439(2) of CrPC , High Court or Session Court have the power to cancel the bail if a non- bailable offence is added.


Likes: 403
Points: 10923
Sandeep Singh, if the charges under other Sections except 307 IPC has been framed and the accused has pleaded not guilty, then the Sessions Trial starts, so the accused would not stand trial for 307 IPC. But, if during Trial, the prosecution was successful in establishing the 307 IPC also, then the accused can be convicted and sentenced for it too. No bail cancellation, no further investigation or reinvestigation in such situation. 2) I hope that you do not require to be tutored as to how the Sessions Trial cases are committed to the Sessions Court by the Magisterial Court.
Reply
On 03 June 2020

You are posting many a query. What is the real issue, if any?

Likes: 1
Points: 107
when session court charge addment with i p c 307 .
Was the accused sent to police custody for further investigation
Reply
On 03 June 2020

Recently in Pradeep Kumar Vs. State of Jharkhand the Ho'ble SC has held that:

"62. In view of the foregoing discussions, we arrive at following conclusions in respect of a circumstance where after grant of bail to an accused, further cognizable and non-bailable offences are added:-

(i) The accused can surrender and apply for bail for newly added cognizable and non-bailable offences. In event of refusal of bail, the accused can certainly be arrested.

(ii) The investigating agency can seek order from the court under Section 437(5) or 439(2) of Cr.P.C. for arrest of the accused and his custody.

Hope it will answer your query.