Hi, I have a query that is any conditional gift deed may revoke by donor family members after his death in failure of condition? For more information I am briefing you in the year 1966 my grandfather donated his four bighas land to City Improvement Trust for the construction & development of a colony for Ex-servicemen & Servicemen (soldiers) it was an registered deed in favor of city improvement trust. In the deed some conditions are that donee has prepared a layout of this gifted land and will chalk out the plots, allotment of these plots after development will be made only to Ex- servicemen & Servicemen by the Town Improvement trust, after this deed trust marked 58 plots over the land and allotted  few  plots to ex-servicemen’s  but after a long period no one claims over maximum plots rest of few constructed own houses,  in between the year 2008-09 city collector cancelled the allotted plots due to negligence by owners & in today’s condition most of the part of land is covered by huts, kaccha construction houses and temples.

Kindly suggest can i claim for the land & is there any chance to return it back ? 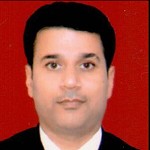 Gift with condition is not gift.

first condition of gift that it is unconditional.

The said deed is as below  & due to some precautions suggested in the site the name of both parties are not mentioned.

Please have a look and suggest me the way.

Where as the donor is the absolute owner of the property sharing survey no. 695 situated within municipal limits of the city situated on …………, fully delineated in the annexed plan hereto and whereas the donor vide his application dated 22.6.66 addressed to Chairman town improvement trust has offered to the donee to make a gift of the four bighas land as described above and as shown in the plan hereto for the construction ang development of  a colony for Ex servicemen and servicemen, and the donee has accepted the said offer.

NOW THIS DEED WITNESSED AS FOLLOWS:

In pursuance of the aforesaid agreement the donor hereby transfers absolutely to the donee ALL THAT LAND as described above and as shown in the plan annexed hereto, To Sold, the same absolutely for ever subject to the condition herein after contained.

That the donee after it has prepared a layout of this gifted land, will develop the land and will chalk out the plots, in accordance with the situation as it presents itself then on the spot.

That the allotment of those plots after development will be made only to Ex servicemen and servicemen by the Town improvement trust in confirmation with the Chairman of District sailors, Soldiers and Air men’s Board of the city and the trust shall recover only the cost incurred on developing the land including all expenditure on account of its services.

That each applicant shall entitled only one plot of the land as may be available at the time.

That the person to whom a particular plot may be allotted shall be required to pay the development charges in proportion to the area comprised in the said plot.

That the delivery of this plot of land is to be made by the donor to the donee immediately after the registration of this deed and the donor shall pay all the arrears and taxes that may be outstanding on this land on the date of its Registration.

126. When gift may be suspended or revoked.- The donor and done may agree that on the happening of any specified event which does not depend on the will of the donor a gift shall be suspended or revoked; but a gift which the parties agree shall be revocable wholly or in part, at the mere will of the donor, is void wholly or in part, as the case may be. A gift may also be revoked in any of the cases (save want or failure of consideration) in which, if it were a contract, it might be rescinded. Save as aforesaid, a gift cannot be revoked. Nothing contained in this section shall be deemed to affect the rights of transferees for consideration without notice. Illustrations

Thanks for your suggestion, please have a look  of words mentioned above in Gift Deed is that conditional ?

Suggest me can i file a civil suit in the case ?

I have one more point to discuss regarding the matter, donor (my grandfather) donated only 4 bigha land to donee (City improvement trust) but donee acquire extra land of donor and plotted colony on that.

is that would consider in mispresentation and against the law of gift deed ?