I was running my ITeS  Business and didn't paid the service tax from 2010. Actually the company was not involve

in any kind of business from 2010. So please let me know what are the procedure for that . Is there any penalty i have to pay or it will be exempted. I have heard that there is scheme running out by the Govt. that who have not pay the Service Tax from last 5 years can file the service return without any penalty.

Pls suggest on the same. 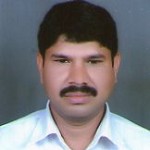 Dear please go through these important judgement regarding your case.

No Need to file Service Tax return (ST-3) when no service is rendered during the relevant
period and even not required to opt for VCES
We are sharing with you an important judgement of the Hon’ble Kolkata Tribunal in the
case of M/s Suchak Marketing Pvt Ltd Vs. Comm. of Service Tax, Kolkata [2013 (6) TMI
641] and detailed analysis on following issue:
Issue:
Whether Service provider is required to file Service Tax Return when no service is
rendered during the relevant period?
Facts of the case:
M/s Suchak Marketing Pvt Ltd (“the Assessee“ or “Suchak”) is registered under the taxable
service category of constructions in respect of commercial or industrial building and civil
structure services under Chapter V of the Finance Act, 1994 (“the Finance Act”).
During the period April, 2005 to March, 2008 the Assessee has not provided any service and
also has not filed Service Tax Return. However the Assessee filed six “Nil” belated Service tax
return for the period September, 2005 to March, 2008 on November 18, 2008.
Thereafter the Department issued a show cause notice proposing to impose penalty under
Rule 7C of the Service Tax Rules, 1994 (“the STR”) and Section 77 of the Finance Act. The
Adjudicating Authority vide the Order-in-Original ordered the Assessee to pay Rs. 12,000/-
for each ST-3 Return under Rule 7C of STR for late filing of Service Tax Return and also
imposed penalty of Rs. 2,000/- under Section 77 of the Finance Act.
Subsequently, the Assessee against the Order-in-Original filed an appeal before the
Commissioner (Appeals). The Commissioner (Appeals) confirmed the late fee of Rs.12, 000/-
under Rule 7C of STR and dropped penalty under Section77 of the Finance Act.
Hence the Assessee filed the present appeal before the Hon’ble Tribunal challenging levy of
late fee on the ground that it had not provided any services during impugned period and
thus was not required to file service tax return.


Held:
The Hon’ble Tribunal waived penalty under Rule 7C of the STR and set aside order of the
Commissioner (Appeals) relying on the Central Board of Excise and Customs (“the CBEC”)
Circular No.97/8/07-ST dated August 23, 2007 and judgment of the Tribunal in the case of
Amrapali Barter (P.) Ltd. Vs. CST [2013-TIOL-32-CESTAT-KOL] (“Amrapali Barter Case”).
The Hon’ble Tribunal observed that even in terms of Rule 7C of the STR in case of filing of
NIL returns, the Assessing Officer has discretion to waive late fees for filing of ST-3 returns.
Further the Tribunal observed that this is a fit case to invoke proviso to Rule 7C of the STR
and waived late fees, relevant proviso of Rule 7C of the STR is as under:
“Provided also that where the gross amount of service tax payable is nil, the Central
Excise officer may, on being satisfied that there is sufficient reason for not filing the
return, reduce or waive the penalty.”
The relevant extract of the Circular and Amrapali Barter Case are as under for the ease of
your reference:
The Circular:
“6. ….Persons who are not liable to pay service tax (because of an exemption
including turnover based exemption), are not required to file ST-3 return.”
In Amrapali Barter Case, the Service provider is registered with the Service Tax Authorities
and has not provided any services during a particular return cycle and was also not liable to
pay any service tax during that return cycle. The Hon’ble Tribunal has held that the service
provider is not required to file the Service Tax Return (even nil return) for that period as per
the CBEC Circular No 97/8/07-ST dated August 23, 2007. Further the Hon’ble Tribunal held
that in case the Service Provider files the nil return after considerable delay, then also no
penalty under Section 77 of Finance Act or fees under Rule 7C of the STR imposable on him.
Hence such case is fit for invocation of the proviso to Rule7C and grant waiver of late filing
fees.
Related open Query in the light of Service Tax Voluntary Compliance Encouragement
Scheme, 2013 (VCES):
The TRU (CBEC) has issued a recent Circular No. 170/5 /2013 – ST dated. 08-08-2013 to
provide clarification on stated query:

Also find same judgement  as mentioned by you.. Could you please provide me the penalty rate of non filing the Service Tax from 2009(second quarter) 2011(second quarter). As i got some information from the below given link

Pls suggest on the same.