Adoption of grandson by grand parents

Can grandparents (mother's parent's) adopt  their grandson( daughter's son)....My husband  was adopted(in 1982) by his grand parents, they have 5 daughters, and my husband is the  son of eldest daughter. Both biological and  adopted parents are alive , they always stay together , but  to join in a central sylabbus school they have changed  parents name  as grand parents name......adoption is legal..now both biological and adopted parents are harassing me for excess dowry and commenting, insulting me in very bad way , my husband is no where bothered...what ever my husband earns it was sent to biological mother...she ill treats me  and shouts at me , biological mother is not allowing us to stay together.........am fed up of all these even my husband  harassed me so much .. i want them to realise their mistakes and become human beings.......i dont want to divorce...whom i  have to consider as mother in law?? Is adoption is valid???

There is no bar to grandparents adopting their grandchildren provided they don't have a son or a son's son. You've not mentioned whether it was done through a Deed ? if it was - it is presumed to be valid. Even if it is not, it can still be proved. If proved - Your mother in law is the adoptive mother of your husband, and not biological mother.

sister in law is biological mother ..its 100%

according to section 7 of Hindu Adoption and maintenance act

Capacity of a male Hindu to take in adoption

Any male Hindu who is sound mind and is not a minor has the capacity to take a son or a daughter in adoption:

PROVIDED that, if he has a wife living, he shall not adopt except with the consent of his wife unless the wife has completely and finally renounced the world or has ceased to be a Hindu or has been declared by a court of competent jurisdiction to be of unsound mind.

Explanation: If a person has more than one wife living at the time of adoption, the consent of all the wives is necessary unless the consent of any one of the them is unnecessary for any of the reasons specified in the preceding proviso.

The person taking in adoption must not suffer from idiocy or insanity; he must have the capacity enough to understand the nature of the Act and what would be the legal effects of adoption . Simultaneously it is not the requirement the person concerned must be possessed with a very high degree of intelligence. There is a very strong presumption favouring soundness of  mind.-Babubarelal v. Gulzari Devi 1979 All LJ 1333

Deaf and dumb but possessed with the capacity to express through signs and gestures, though not clearly, is to be taken as a person of sound mind.-Ambrish Kumar v. Hatu Prasad 1981 HLR 781

Proviso places a restriction as concerned to right to take in adoption that makes the consent of the wife a necessity so as to make the adoption valid. The consent must be obtained prior to the civil adoption takes place and not later on where the proviso is disregarded adoption is not valid.-Badrilal v. Bheru 1986 (1) HLR 81.

In the case of divorce the consent is not necessary but in the case of judicial separation, consent would be necessary. In case of two wives, consent must be of both the wives despite the fact that one of them was not living under the same roof for a big job of twenty or thirty years.-Bhooloo  Ram v. Ram Lal 1989 (2) HLR 162

and according to section 8 of the act

8       Capacity of a female Hindu to take in adoption

(c)       who is not married, or if married, whose marriage has been dissolved or whose husband is dead or has completely and finally renounced the world or has ceased to be a Hindu or has been declared by a court of competent jurisdiction to be of unsound mind,

has the capacity to take a son or daughter in adoption.

After the completion of the age of eighteen, a woman gets the capacity to adopt even though. she herself is unmarried. Where after the adoption, she is married, her husband would be step-father and she herself would remain adoptive mother as earlier. Adoption by an unmarried can also take place despite the fact that she is having an illegitimate child. - Ashoka Naidu v. Raymond AIR 1976 Cal 272.

A married woman has got no right to take in adoption during the subsistence of the marriage. But where the husband has completely and finally renounced the world or he had ceased to be Hindu or some competent court has declared him to be of unsound mind, the wife can adopt.- Dashrath V. Pandu 1977 Mah LJ 358

As per your information you want to realise only, you can file a Criminal Comp[laint u/s 12 of DOmestic Violence act, 2005.

I should say only that its awesome! The blog is informational and always produce amazing things joker red costume

A reliable informative post that you have shared and appreciate your work for sharing the information. the walking dead Jacket 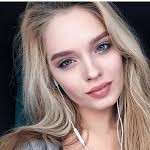