MUMBAI: Chief Justice of the Bombay high court Mohit Shah asked judges to "be sensitive", "apply their minds, take cognizance and make decisions based on the facts of each case". Addressing audience comprising the district judiciary at the Maharashtra judicial academy in Uttan where he launched the project 'Disseminating Knowledge' on Sunday, the Chief Justice said, "Magistrates must recognize the distinction between higher, positive societal values and the negative mob values".  The Chief Justice made no specific mention of the Palghar Facebook arrest case, but he clearly was referring to it when he pointed out the "little known" 2010 Maharashtra Act that prohibits violent attacks on hospitals. The Act and its non-bailable section was applied to the mob that vandalized the Dr Dhada hospital in Palghar two Sundays ago causing extensive damage, but the Palghar magistrate had granted immediate bail to the 10 culprits.  The Chief Justice said that if a patient's relative reacts to some bad news at a hospital and breaks a single chair, a bail granted may be understood, but "if 20 hooligans go and break an operation theatre and cause damage worth Rs 20 lakh, will you give bail? It is so grossly a different case."  The HC had within a week transferred Palghar magistrate R G Bagade to Jalgaon. Hundreds of young magistrates, including 67 trainee junior magistrate first class (JFMC) and the youngest Prajakta Dhane (23) soon to be posted in far-flung districts paid rapt attention. CJ Shah said, "If we are sensitive, no one will say judges need to be elected."  "Consistency is important. We are told we must be consistent else people will make allegations against us. But judges need to also think like rationale human beings. We do not have to simply look at the sections of a statute, have to look at facts and then apply the law," he added. "Societal values are those which are recognized by the Constitution."  The CJ said judges must have seven main qualities, the first being "honesty", followed by sensitivity, hard skills, soft skills, sincerity, writing short judgments and communication skills. He elaborated on each and pointed out how in Gujarat a judge who disposed only three cases in three years was sacked for his lack of sincerity after an enquiry. "Lack of sincerity amounts to dishonesty," he said.  Justice V M Kanade also stressed that judges must "assess evidence without fear or favour'' and "act according to law and conscience".  Justice D Y Chandrachud said judges make good judges when they also have a "robust sense of societal values and a sense of compassion and sensitivity". The website of the academy was also launched by the CJ and Justice Chandrachud in the presence of Justices Kanade, K U Chandiwal, S P Daware, A M Thipsay and the event was webcast live to district courts across the state.  A workshop on cyber forensics and digital evidence was also conducted for 250 judges. 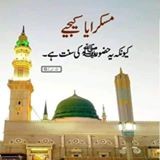 Bigg Boss is an Indian reality television game show produced by Endemol Shine India through Viacom 18 (or colloquially Colors TV Network) and Star India Network in India subsequently it was syndicated internationally and available on online as VOD through OTT platforms of Voot and Hotstar.    Bigg Boss 14 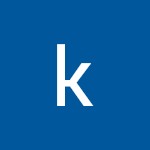