The Concept Of Dower In Islam & Related Case Laws

Dower under Mohammedan law is known as ‘Haq-Mahr’ or ‘Mahr.’ In Muslim marriage, the dower is one of the essential ingredients other than offer and acceptance. It is one of the fundamental features of Muslim marriage. A Muslim wife has a right to dower as per the principles of Islam.

“Mahr also known as dower is a sum that becomes payable by the husband to the wife on marriage either by agreement between the parties or by operation of law.” - By Tyabji

In other words, a dower is an amount that the wife is privileged to receive from her husband in consideration of the marriage.

Some of the Muslim schools say that dower is not a consideration of the marriage, but it is an obligation imposed upon the husband as a mark of respect to the wife. It is clear that dower is a fixed sum payable by the husband to his wife as financial security on her part.

The quantum of the amount in respect of dower may be fixed by the parties themselves. It may be paid in the form of a sum or paid in kind or property. There is no limit to the amount of dower, however, according to Shia and Sunni schools, excessive dower is considered improper, but not illegal. 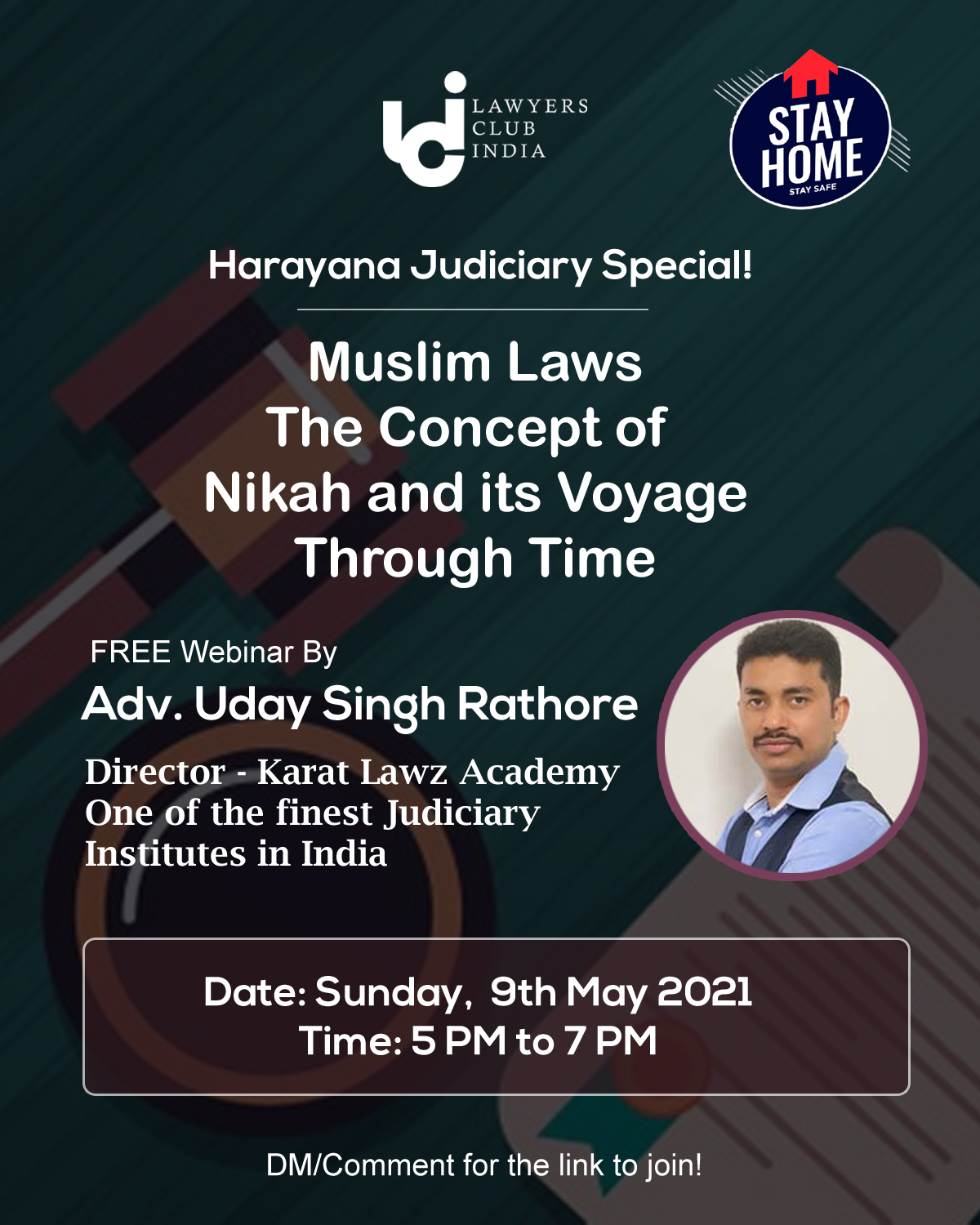 • FACTS: It is said that back in the year 1906, the Nizam of Hyderabad Mir Osman Ali Khan at the time of marriage to his 1st wife Azamunnisa Begum gave her 1 lakh in cash, 7000 Gold coins and approximately 128 Kg of Gold as dower.

1. According to the Determination of Amount

2. According to the Time it is payable

Facts: Shah Bano Begum was thrown out of the house and was divorced by her husband in 1978. She approached the court by filing a petition for maintenance under section 125 of Cr.PC. Her husband contended that he has no obligation to maintain her as he had already paid Rupees 3000 by way of dower.

Judgement: The Supreme Court observed that dower is paid by the husband as a mark of respect to his wife. Also, mahr is an amount that is payable either at the time of marriage and if not paid then at the time of dissolution of marriage. The court further said that such women are even entitled to maintenance under section 125 of Cr.PC.

Facts: Ishrat Bano married to the defendant in Delhi as per the Muslim customs. Ishrat had a daughter named Rifatfrom her earlier marriage who was accepted by the defendant as his daughter. This was the 2nd marriage for both the defendant and Ishrat Bano and a dower of amount Rupees 20,000 was fixed at the time of nikkah.

Judgement: The issue was decided in favour of the plaintiffs and the court ordered a decree for recovery of the dower amount of Rupees 20,000 + future interest at the rate of 6% per annum.

The Supreme Court held in this case that if an agreement is drawn at the time of marriage regarding payment of dower the same is payable by the husband and the dower amount becomes recoverable by the wife under the said agreement.

1. In Case of Batil Marriage

There is no civil rights or obligations and the wife is entitled to customary dower after consummation of marriage.

2. In Case of Fasid Marriage

There is no legal effect before consummation of marriage and the wife is entitled to mahr/ dower either proper dower or specified dower.

3. In Case of Muta Marriage

The rights of a wife in case of none payment of mahr are as follows:

In this case, the Bombay High Court held that as per Muslim law if a widow has never received the amount of Haq Mahr by her deceased husband when she was divorced, then in such a situation she can approach the court for the payment of dower money. Thus, the court will be under an obligation to pass an order for the recovery of the entire amount mentioned in the nikahnama.

The court held in this case that even after consummation of marriage the husband failed to pay haq mahr to his wife and on this ground, she can refuse to fulfil her marital obligation.

In this case, the court held that when there is a dispute as to which part is prompt and which part is deferred then, in such cases, the whole amount shall be considered as prompt as per the laws followed by Shia Muslims. Whereas as per Sunni Muslims, it is considered that half part of the dower is deferred while the other half is prompt.

In this case, the question before the Lahore High Court was as to the determination of dower whether it is to be considered as prompt or deferred dower. The court observed that this issue should be determined based on the usages and customs of the parties.

One half shall be considered as prompt while the other half will be considered as deferred dower in a case where there is no specific usages or customs. However, the court also said that the proportion of deferred and prompt dower can sometimes differ from case to case basis.

The court held that a wife being expelled from her marital home or subjected to mental cruelty or non payment of maintenance amount by the husband are considered as grounds for dissolution of marriage. Hence, the wife is entitled to not only the maintenance but also the unpaid dower amount.

WHO CAN CHANGE MAHR/ DOWER

A husband can increase but cannot decrease the amount of dower. The cancellation of dower by a wife is called as Hibe-e-Mahr. The wife can cancel the mahr i.e. dower either partially or fully but for that, she needs to attain puberty. However, the cancellation of mahr by the wife should be with consent.

It was held by the Karachi High Court, where a wife waived off her Haq Mahr to get her husband’s attention and to win him back. It was concluded by the court that such cancellation of mahr was deemed to be without her consent and hence, not binding on her.

At one point dower is considered beneficial for women as it provides security to themat the time of marriage. The haq mahr is exclusively of the wife infact, no relatives and not even the parents of the wife has any right over the haq mahr.

The Quran mentions a great reason for giving HaqMahr to a wife – It states that it is paid as a gift to a woman who leaves the security of her home and family and is risking to adjust and live in an unfamiliar set-up. It is an obligation on all Muslim husbands and no one is exempted from paying mahr to their wife.

Published in Others
Views : 375