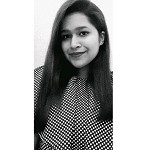 Sexual Assault and Rape: The Brim of Brutality

Sexual assault and rape is a heinous crime against the society. The residents of the country are not aware of the existing laws against these crimes and those who are aware, are uncertain about the success rate in instituting similar cases. In most cases, nobody gets to know about the struggles of the victim and how it impacts the victim's mental and physical health.

Shockingly, in 2018, the Thomson Reuters Foundation conducted a poll and India was voted as the most dangerous country for women.

What is sexual assault?

The term 'sexual assault' refers to any sexual contact or inappropriate behaviour without an explicit consent of the victim. Certain forms of sexual assault include:

Age of the victim is not a considered aspect. However, the guilty intention of the accused is vital.

Further, Section 354 of the Indian Penal Code, 1860 deals with sexual harassment, assault, voyeurism and stalking. It criminalizes any act done by a person that assaults or uses criminal force against a woman with the intention or knowledge of outraging her modesty. It is punishable with either simple or rigorous imprisonment from 1 year up to 7 years, or a fine, or both. Aiding the crime carries the same punishment as well.

In this case, the court defined the ingredients that constitute as the essentials of the modesty of a woman.

In this case, the court stated that outraging the modesty of a woman is a punishable offence even if the victim is of a tender age.

Rape is a form of sexual assault, but not all sexual assault is rape. The term 'rape' is often used to specifically include unlawful sexual intercourse without consent.

Force does not at all times refer to physical pressure. Perpetrators may coerce a victim into non-consensual sex by:

Rape is a cognizable offence. Section 375 to 377 of the Indian Penal Code, 1860 covers rape. Under Section 375 a man commits rape upon a woman under following circumstances:

The punishment for rape is stated in Section 376 of the Indian Penal Code, 1860 as rigorous imprisonment of 7 years to life imprisonment and the person will be liable to pay a fine as well.

This 2012 Delhi gang-rape case, also commonly known as the Nirbhaya case brought the whole country to a halt. It awakened several campaigns for women's rights and safety. It also led towards the passage of Criminal Law (Amendment) Act, 2013 which widened the scope and definition of rape. Further, it aided in making the punishment for the crime more stringent.

In this landmark case, the Apex Court interpreted the Section 375.

In this case, the court held that while holding the accused liable under Section 376, consent and submission are not of same meaning. A consent given under force or duress violates a valid consent.

In the cases Raghubir Singh v. State of Himachal Pradesh (1993 SCR (1)1087)and Mohan Singh v. National territory of Delhi (1978 AIR 1095), the court noted that penetration is sufficient to constitute the offence of rape.

What is voyeurism and stalking?

Voyeurism can be referred to as the act of watching another person in a situation where the person is engaged in a private act and does not expect to be observed by anybody. An example can be for instance when a person is changing in a trial room.

Stalking can be referred to as the behaviour of uninvited and repeated observation or surveillance by a person or group of individuals towards another person. An example can be when a person repeatedly follows a person. This breaches privacy and becomes a security concern as well.

The Criminal Law Amendment of 2013 introduced stalking as a punishable offence under the Indian Penal Code. Section 354 of the Indian Penal Code deals with the offence. However, 'voyeurism' and 'stalking' does not have gender-neutral laws and is assumed to be committed by a man towards a woman.

The offence of stalking is cognizable but bailable in the first conviction and non bailable in the second or subsequent conviction. The punishment for the offence of stalking under the Criminal Procedure Code is extendable up to 3 years of imprisonment and fine when convicted for the first time. Punishment for the second or subsequent conviction may extend to 5 years of imprisonment with fine.

Futhermore, Section 66 of the Information Technology Act, 2000 is the provision pertaining to infringement of privacy and impersonation.

In this case, the victim denied a wedding proposal post which the accused transmitted obscene letters, mail and even published pamphlets with the intent to defame the victim. Moreover, the accused used social platforms as well to harass the victim.

Gap in the Laws

One major gap that has been identified but is yet to be overcome is the necessity for gender neutral laws in India. Primarily rape is a crime that is assumed to be done against women by a man but in the contemporary world, it is time we thought vice versa. Other genders such as males, homosexuals and transgender community are also equally affected by this crime. Rape can happen to any individualregardless of their age, gender or sexual orientation. And therefore, there is a need for gender neutral rape laws that isapplicable to all citizens irrespective of their gender. A male should be able to file a case and in order to make this possible, the gendered language that defines rape in the Indian legislation need to be altered.

Mumbai based stand-up comedian Agrima Joshua commented on ChhatrapatiShivajiMaharaj's statue and thereafter received threats and abuses from Shubham Mishra. He posted a video on his instagram in which he hurled abuses to the comedian as well as to her mother and sister. Soon after, the Vadodara City Police took suomoto action in respect of the abusive and threatening video which was uploaded by Shubham Mishra. They detained him and initiated the legal process for registration of FIR against him under relevant sections of the Indian Penal Code and the Information Technology Act.

After Chennai Super Kings' lost an Indian Premiere League match against Kolkata Night Riders, Mahendra Singh Dhoni's five year old daughter received rape threats on social media. A huge outrage broke out on social media and several cricketers, politicians and celebrities expressed disgust and demanded action. Earlier this weeka 16-year-old boy was nabbed from Mundra in Gujarat for allegedly issuing the threats. The police have said that the teenager "confessed" to have posted the threatening message on the instagram account after the match.

Category Others, Other Articles by - Nicole Gomez