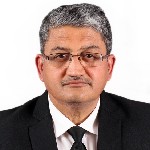 
1. I feel pity for the young boy, being attacked by a dog of another serving officer staying in the same locality. Imagine the plight of the five-year-old son of the Army officer wherein the attack was so ferocious that the complete face and head of the son were injured badly with serious lacerations of 6-7 cm wide. The news report reveals that the investigation of the particular incident also brought out that when the dog bite incident took place, the handler for the dog was not the owner (officer) but the military buddy so was pointed out that the command exercised by the owner will be more effective as compared to that of the military body.

2. As a retired Army officer, I feel that there is a need to sensitize the environment within the organizationabout the serious legal repercussions of such a negligent act.With my due respect to animal lovers, Iam sure that the contents of this articlewill help the entire environment within Indian Army and also my civilian brothers and sisters.

3. Sec 289 of IPCpertains to negligent conduct to animals, wherein the punishment is up to imprisonment of either description for a term which may extend to 6 months with fine which may extend to Rs 1000/- or with both. As far as classification of offences is concerned, the offence is cognizable, bailable, triable by any Magistrate, and non-compoundable. The legal implication is that since it is a cognizable offence, the Police can immediately register the FIR for such negligent conduct against the offender. Thereafter it will become a state case and prosecution will commence subsequently. The moot point is whether those officers who are abusing their position wherein a buddy is being employed for a menial job and he is handling the Dog ready to put their buddy into a problem when he becomes accused ofno fault of his except that these are the orders of Saheb to handle the dog and then under the eyes of the law if he is subsequently found guilty of negligent conduct towards animals. Are such officers ready to hire the lawyers and pay the fees for the defence of poor buddy apart from being told to do the menial job?It is strongly felt that the environment should be sensitized about the legal implications of it. Further, it is not the victim only or his family who can lodge the complaint at the police station for the offence. Any member of the public, a right-spirited citizen who knows an offence has been committed can lodge the complaint of offence.“It is a well recognised principle of criminal jurisprudence that anyone can set or put the criminal law into motion except where the statute enacting or creating an offence indicates to the contrary.” [ Subramanium Swamy Vs Dr. Manmohan Singh in the Civil Appeal No 193 of 2012 (Arising out of SLP (C) No. 27535 of 2010].

4. Legal provisions for compensation to Dog bite victims from the accused. Sec 357(1)(b) of Criminal Procedure Code [Cr.P.C, 1973] speaks on order to pay compensation, and its clause(b) talks about payment to any person of compensation for any loss or injury caused by the offence, when compensation is in, the opinion of the court, recoverable by such person in a civil court.

5. Times of India Article. It is here that the media report of Times of India needs to be taken cognizance of by all https://timesofindia.indiatimes.com/city/nagpur/7-years-after-dog-bit-child-owner-gets-6-months-jail/articleshow/81538272.cms. In this case, in paragraph two of the article, it has been brought out that Rs 50,000/- fine has been imposed by Judicial Magistrate First Class (i.e., JMFC). Further, there is a mention of a complaint under sec 357 of Cr.P.C. Ironically, Vide Sec 29(2) of Cr.P.C, 1973, Judicial Magistrate of the first class cannot impose a fine of more than Rs 10,000/-. Therefore, natural fallout is that the amount of Rs 50,000/-so mentioned in the Times of India article possibly is the compensation amount and not the fine. The newspaper may like to recheck the facts. In any case, the moot point is, that such officers who are entrusting the responsibility to their buddies for handling their pets, ready to spend from their pocket for the expenses of a lawyer to defend their buddies subsequently and also are they ready for giving compensation to the victims of dog bite subsequently on behalf of their buddy, who stands accused in the eyes of law in such a scenario. Mere advisory by Army authorities without apprising legal ramifications of the negligent act and without repeatedly emphasizing on the same will not achieve anything.

6. Another Incident. Incidentally, very recently post my retirement, when I have settled here in Army Welfare Housing Organization (AWHO) Dehradun, I did come to know from the environment that some officer’s ferocious dog had bitten a shop owner within the shopping complex of AWHO Dehradun.

7. The way out to sensitize the Environment.

Category Others, Other Articles by - Rajesh Tandon