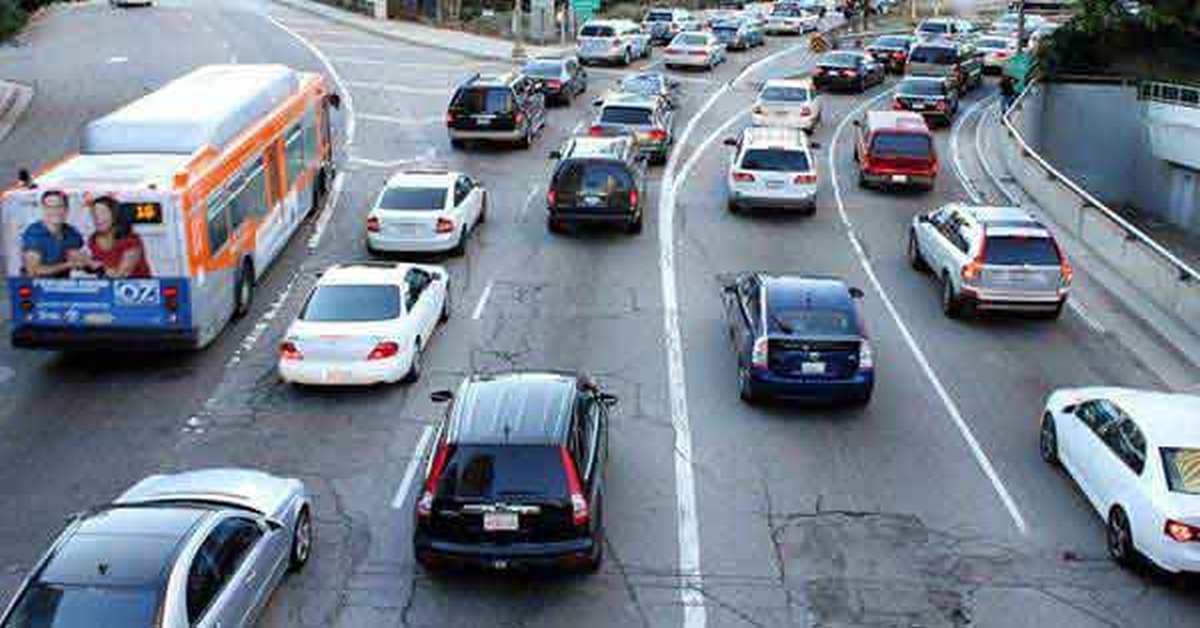 It is most heartening to learn that as per an official release, the Government has notified 63 provisions of the Motor Vehicles Amendment Act 2019 including the ones dealing with enhanced penalties for various traffic offences. The new clauses would come into effect from September 1, 2019. The Ministry of Road Transport and Highways said in a statement that these are provisions which require no further amendments in the Central Motor Vehicles Rules 1989. The 63 clauses deal with various provisions like penalties, licences, registration and National Transport Policy among others.

Needless to say, we earlier saw how Parliament passed the Motor Vehicles (Amendment) Bill. This Bill was introduced in Lok Sabha on July 15, 2019 by the Minister for Road Transport and Highways – Nitin Gadkari. The Lok Sabha had passed the Bill on July 23, 2019. The Rajya Sabha had passed the Bill on July 31, 2019. Earlier we saw how the legislation on this which was previously introduced in 2017 could not be passed in Rajya Sabha and lapsed with the dissolution of the 16th Lok Sabha

As it turned out, the Bill was passed in Rajya Sabha with three key amendments and so it had to be sent back to the Lok Sabha for approval. The President gave his assent to the Bill on August 9, 2019. The Bill contains all such provisions that will ensure Indian roads are made more safer. Presently, we all know that India records maximum road accidents in the world and maximum people die in India from such accidents! Union Road Transport and Highways Minister Nitin Gadkari was candid enough to concede in Lok Sabha that more than 1.50 lakh people die and 5 lakh people injured annually in road accidents.

Let us now briefly discuss some of the salient provisions of this Motor Vehicles (Amendment) Bill which has now become an Act after being passed by both Houses of Parliament. It will help us in understanding better what exactly the new law postulates to check road accidents. Some of the important salient provisions of this new law are as follows:-

1. It makes Aadhaar mandatory for getting a driving licence and vehicle registration.

3. In traffic violations by juveniles, the guardians or owner of the vehicle would be held responsible unless they prove that the offence was committed without their knowledge or they tried to prevent it. A penalty of Rs 25,000 with 3 years imprisonment can be imposed under Section 199. The registration of the motor vehicle in question will be cancelled. The juvenile will be tried under the Juvenile Justice Act. The newly proposed Section 199A imposes liability on guardian or the owner of the vehicle responsible for an accident caused by the juvenile.

4. It incorporates provisions for protection of good Samaritans. Those who come forward to help accident victims will be protected from civil or criminal liability. It will be optional to them to disclose their identity to the police or medical personnel.

7. Now driving without a licence under Section 181 will attract a minimum fine of Rs 5000 as against Rs 500 at present.

11. A Motor Vehicle Accident Fund will provide compulsory insurance cover to all road users in India for certain types of accidents. This has been introduced under Section 164B which is to be augmented by a special tax or cess. The Fund is to be utilized for giving immediate relief to victims of motor accidents and also hit and run cases. The compensation paid out of this Fund shall be deductible from the compensation which the victim may get in future from the Tribunal.

12. It will be mandatory to alter vehicles to make them suitable for specially abled people.

13. Contractors, consultants and civic agencies will be accountable for faulty design, construction or poor maintenance of roads leading to accidents.

14. A time limit of six months has been specified for an application of compensation to the Claims Tribunal with regard to road accidents.

16. The time limit for renewal of driving licence is increased from one month to one year before and after the expiry date.

18. The penalty for motor vehicles is proposed to be increased by 10 percent every year.

19. The new law now mandates the recall of defective motor vehicles if the defect may cause a threat to the environment, or the driver or other people on the road. In such a case, the recalled vehicle's manufacturer will have to :

(ii) Replace the defective vehicle with another vehicle of similar make.

20. The new law now very rightly and commendably provides for the setting up of a National Road Safety Board by the Central Government as per Section 215D for advising on matters related to road safety. The National Road Safety Board will be now required to advise the Central and State Governments on all aspects of road safety and traffic management including registration and licensing of vehicles, standards of motor vehicles, standards for road safety and promotion of new vehicle technology.

21. Now the condition to undergo 'driver refresher training course” for reviving license after suspension/revocation under Section 19, and also for compounding of traffic offences under Section 200 has been introduced.

22. A provision has been suggested to regulate the licensing of cab aggregators, by amending Section 93 of the Act, and also by introducing definition of 'aggregator” under Section 2(1A).

24. The newly proposed Section 198A imposes liability on contractor, concessionaire or designated authority when their failure to follow prescribed design and standards results in death or injury.

25. The amendment makes non-receipt of premium one of the specified conditions, which would enable the insurer to seek exoneration from the liability by virtue of new section proposed as Section 150 2(c).

26. The newly proposed Section 88A empowers the Central Government to frame schemes for inter-state permits and make schemes for national, multi-nodal and inter-state transportation of goods or passengers.

27. As per the present law we find that a claim for personal injury would abate on the death of the claimant, and would not survive to his estate, due to the operation of Section 306 of the Indian Succession Act. The claim would survive to the estate only if death had nexus with the injuries, and only in such cases the legal heirs would be entitled to come on record and continue with the prosecution of the claim. But the amendment cures that loophole by incorporation of a new sub-section, Section 166(5), with a non-obstante clause which stipulates that the right of a person to claim compensation for injury in an accident shall, upon the death of the person injured, survive to his legal representatives, irrespective of whether the cause of death is relatable to or had any nexus with the injury or not.

30. The penalty for violation under new Section 177A pertaining to rules of road regulation has also been enhanced from Rs 100 to Rs 500.

32. The penalty for disobedience of orders of authorities under Section 179 has been raised from Rs 500 to Rs 2000.

33. The penalty for unauthorized use of vehicles without licence under Section 180 has been raised from Rs 1000 to Rs 5000.

34. The penalty for driving despite disqualification under Section 182 has been increased from Rs 500 to Rs 10,000.

36. Now for offences committed by enforcing authorities under Section 210B twice the penalty can be imposed under the relevant Section.

39. Now not providing way for emergency vehicles will be punished with fine of Rs 10,000 under Section 194E.

40. Now penalty for not wearing helmet has been increased from Rs 100 to Rs 1000 along with disqualification for 3 months for licence under Section 194D.

41. Now penalty for overloading of two wheelers has been raised from Rs 100 to Rs 2000 along with disqualification for 3 months for licence under Section 194C.

43. Now overloading of passengers under Section 194A will be punished with Rs 1000 per extra passenger.

44. The penalty for vehicles without permit which earlier was upto Rs 5000 under Section 192A has now been enhanced upto Rs 10,000.

To conclude, it is most heartening and most refreshing to learn that many new amendments have been made in the Motor Vehicles Act which was first enacted in 1988. They were necessary also as more than 31 years have flown under the bridge. We have discussed by and large all the important provisions under the new law. More stricter laws and more stricter penalties for violations of rules was the crying need of the hour. But enacting strict laws alone is just not enough. Implementing them with equal vigour is the real solution to increasing road accidents and this alone can help in containing this deadly malaise which is responsible for the maximum deaths in the whole world in our country alone! The violators must be taken to task and should not be let off lightly so that a loud and clear message goes to one and all that, 'Be you ever so high, the law is above you. If you dare to violate the law, the long arms of law will catch you and you will not be able to smirk it by wielding your money power or muscle power or political power under any circumstances”! It goes without saying that only then will the people start respecting law truly in the real sense!

Published in Others
Views : 641