Over 10,000 petitions signed for removal of 'The Clive of India' from Shrewsbury 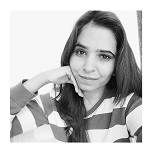 Over 10,000 people signed an online petition on 8 June 2020 calling for the removal Robert Clive’s statue who played a vital role in establishing Britain's colonial domination over India, in Shrewsbury, western England.

WHO WAS 'ROBERT CLIVE'?